Scientists have reported that avoiding negative stress actually lowers stress levels. In an exhaustive, 2-day study with the Dali Llama, researchers were confounded by the results of their findings.

This small-scale study targeted the widely publicized study of the biochemical effects of having a good sense of humor, a positive outlook on life events, a cheerfulness associated with every day experiences, optimism, and other empirical odds and ends.

While testing an impressive cocktail of biochemical measures (corticotropin [ACTH], cortisol, beta-endorphin, dopac, epinephrine, norepinephrine, growth hormone, and prolactin), researchers tried to estimate the health benefits of these factors by correlating them with absolutely nothing. By comparing samples of mirth and joy against sleeping, researchers were able to conclude that stress levels lower while avoiding negative stress, a physiological reaction to events whereby catecholamines start flowing and the body becomes "stressed" waiting for an emergency action (fight or flight). Though it was noted that events perceived as funny had the same exact result.

Nevertheless, the experimental nature of this study was conducted by the HA4 Institute founded by this man below. 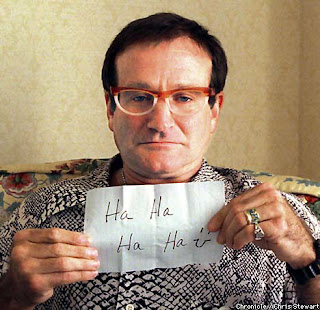 Epinephrine (adrenaline) and norepinephrine hormones increase heart rate, blood pressure, and metabolic activity during emotional arousal. The body's "fight or flight" system was also found to be triggered while in the presence of the following message after taking one of the Dali Llama's signature colonic irrigation classes: 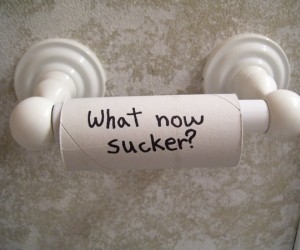 While it has for a long time been reported that "facing your fears" results in eventually overcoming them, the health benefits associated with "facing your fears" has researchers scratching their heads trying to understand why anyone in their right mind would want to do this when you could sit back, relax, eat and be merry, and simultaneously reduce pain, increase immune function, and add days even months to your life.

While it was never actually reported whether or not the Dali Llama laughed, we can estimate from this experimental study that a person's ability to use humor to deal with daily events may be related to the vigorous physical experience of taking a deep breath, throwing back your head, stretching the muscles of the face, jaw, throat, diaphragm, chest, abdomen, neck, back, and sometimes even the limbs, before exhaling in an explosive, choppy "ha,ha,ha,ha" as seen on Mr. Gigglesworth's controlled photo above.

Given that this physical activity does not last for more than a few seconds or minutes (maximum) at a time, it is now being investigated whether or not this activity can be categorized as a gentle form of aerobic exercise that can be done while working, responding to email, or checking FB posts.

In summation, these researchers all agreed that to avoid the common cold, improve your health, add years to your life, and even alleviate pain that we should, at all costs, avoid negative stress and that by avoiding negative stress, we could invite our fears to sit quietly next to us while we watch the weather channel, which reportedly does not arouse any chemical reaction whatsoever.

On a side note, watching the weather channel in quietude with your fears may result in increased happiness levels, but that is uncertain until someone measures the effects of happiness in situations of extreme boredom. 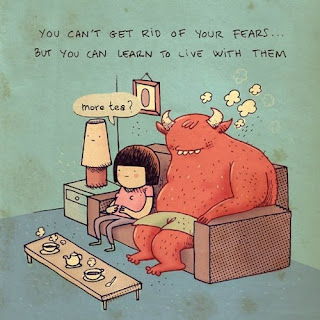