The Fine Art of Thumb Twiddling

Thumb twiddling is an activity performed with the hands in which the fingers are interlocked while the thumbs circle around a common focal point, usually the middle of the distance between the two thumbs (shown above).
Thumb twiddling is considered one of the most useless, time-wasting activities known to man. Requiring little to moderate manual dexterity, thumb twiddling is equated with other useless actives like opening doors, closing doors, and checking to see if a lock is bolted tight. Accordingly, thumb twiddling is a common activity reported among individuals with OCD (Obsessive-compulsive disorder).
In recent years, thumb twiddling has become more complex as a way to increase text message WPM. Text messaging is a surprisingly complex technique requiring muscle memory, patience, and, preferably, smaller fingers. While smaller fingers are not necessary to successfully twiddle your thumbs, reports from large-fingered persons indicate difficulty with the activity.
The best thumb twiddlers claim that thumb twiddling is an integral step toward reaching enlightenment on the path to Nirvana. 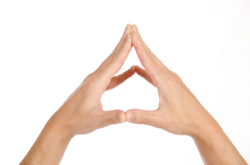 A number of thumb twiddling questions often arise at thumb twiddling conferences. Here's a list of the most common questions and their answers.
1. Will your thumbs touch or not?
It is a matter of individual style. If you don't mind your thumbs "bumping into each other" from time to time, then this isn't a concern. If, however, you prefer one type of thumb twiddling (thumb-touching vs. non-thumb-touching) over the other, then you'll want to be mindful of your thumbs. Zen thumb twiddling extensively covers this topic.
2. If your thumbs touch, will you have to start counting all over again?
This is primarily reported as a concern among individuals with OCD. However, many individuals who claim that they do not have OCD state that you should start over in your counting if your thumbs touch because there's been a break in energie.
3. What should you do if your thumbs accidentally touch during a rotation?
While similar to question #2, thumb touching during rotation isn't simply about starting your counting regime over. Thumb touching during rotation can lead to thumb tunnel syndrome. If you experience cramping in your thumbs, it is highly recommended that you place your hands in a baggie filled with ice cubes and seek immediate medical attention.
4. How deep can you twiddle?
Deep twiddling techniques are an advance thumb twiddling move and should only be performed after extensive training with a Thumb Twiddling Master.
5. How often should you twiddle?
The frequency of your twiddling is often determined by your goals and level of involvement in the thumb twiddling community. While some people twiddle multiple times per day, others report only occasional twiddling in Church on major holidays like Easter and Christmas Mass.
The natural beauty inherent in Thumb Twiddling has led to the famous thumb twiddling practices seen in mudra, palmistry, massage, and even Turkish hand walking. 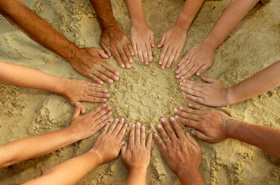