A man was waiting for a friend at a club. Having arrived somewhat early, he decided to pass the time playing billiards and asked an elderly gentleman sitting near him whether he would care to play billiards. "No," replied the man. "Tried it once and didn't like it."
"Perhaps you would care for a game of cards," he asked the elderly gentleman.
"No," replied the elderly gentleman. "Tried it once and didn't like it. Besides, my son will be arriving son."
"Your only son, I presume," said the man.
Rigidity (Logic)
Rigidity, according to Arthur Asa Berger, is a form of over literalness, except that rigidity involves actions and behavior rather than a simple-minded interpretation of language.
In a sense, the rigid person is sort of "mechanical," whose single-mindedness causes others to laugh.
Rigidity goes hand-in-hand with a lack of intelligence, a diminished consciousness, an inability to react to circumstances, which amuses us.

A number of comedians lock themselves into roles as impostors, buffoons, braggarts, cowards, and so on. These "types" of characters, pitted against one another in television sitcoms and other serial comic forms, makes up most contemporary comedy.
Mitch Hedberg's improvised performances are similar to the commedia dell'Arte in the sense that his skits are characterized by his ironic surreal "type" of humor. Similar to arte, Hedberg's commedia erudita is cleverly crafted and then performed by what appears to be a purposeful amateurness.
Determining which type of humor or brand is important in terms of building an audience, but it also locks performers into roles from which few emerge or grow.
Like Mitch Hedberg, the Muppets, or Punch and Judy, these "types" become our favorite characters - characters of which we refuse to let go. In this sense, the audience unknowingly becomes as rigid as the character types they immortalize.


Personal Message
When you want a certain "brand" of humor, you know where to go looking for it. Other than my own insistence that humor isn't humor if we're laughing "at" someone rather than "with" them, my exploration of humor has taken me in many questionable directions.
If you're here for a certain "type" of humor - other than agreeing with my above-stated theory or the fact that I refrain from trashy, low brow humor - you'll soon find out that I am a true explorer of humor, researching blatancies and subtle nuances with the attention of a scholar and critic while remaining cautious and coherent enough to avoid the rigidity of the unknowing audience.
From Kamikazie Bunnies to exploring what makes various groups of peoples laugh, I simply enjoy laughing with everyone... and that's why I write.
I'll take a moment herein this post to reply to a message that I received from a follower who was confused as to why I write, the purpose of my blog, whether or not I'm selling anything, and why I'm not always funny. 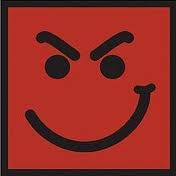 For the rest of my readers, have a nice day!