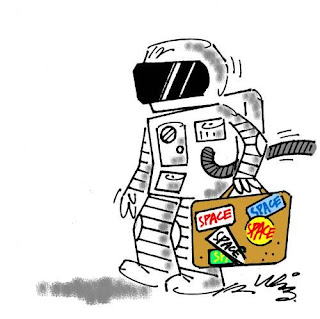 Got $35 million dollars to visit space?
That price tag gives new meaning to the concept 'hitch a ride'.  Guy Laliberté, the founder of the renowned cirque du Soleil, was the last private paying tourist to visit the space station, and by far, one of the funniest men in space!

But who's in charge of space comedy?  The Federation of Star Trek or The Empire from Star Wars?  In 1967, the United Nations Outer Space Treaty was signed, providing guidelines for the peaceful exploration and exploitation of space, the moon, and other celestial bodies. Looks like the humanists made it to space first. This humanist notion of space travel asserts that space belongs to everyone, which is peculiar given the example of the "sharing" and "getting along we've already demonstrated on Earth. 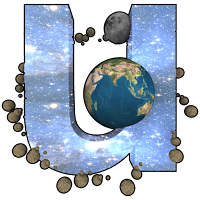 Universal Sandbox
The Third United Nations Conference on the Peaceful Uses of Outer Space (UNISPACE III) was held in Vienna in July 1999. At a time when the Cold War was coming to an end, there was a shift in emphasis on space as a commercial venture instead of using it as a battleground for dueling nations. 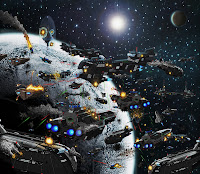 Space Battle
While the 1999 Vienna meeting outlined broad areas for peaceful uses of space in the 21st century, they did not mention who was in charge of air cell service.

It is perhaps a quixotic hope that space will remain a demilitarized zone in the future, but the presence of private enterprise and space ventures will no doubt steer the future of our galaxy toward capitalism in space. From manufacturing in zero gravity to space tourism and space comedy, a new era of space commerce is upon us. 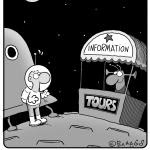 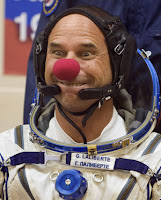 The Sophy Laughing Show may not be headlining in space anytime soon, but if I were the CEO of Nike, I'd bet my entire business model on one simple logo with high visibility: 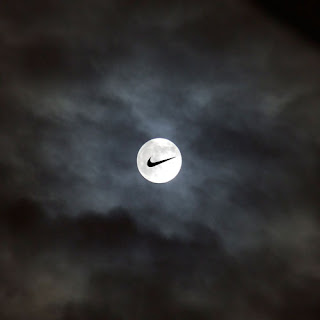