Falling in Love at the Quantum Level

In Passions of the Soul I wrote:

Perhaps it is not just the body that acts upon the soul... perhaps the soul and body (composed of varying degrees of vibrating frequencies bound together in a multitude of attracted and in close proximity particles), are not just acting upon one another... perhaps they are being equally acted upon by neighboring particles.The combination of which can harmonize the body and soul in a way that duality dissipates into complete and utter unity.

Revisiting these concepts this afternoon, I found myself:


thinking about how the particles and waves of particles in our bodies must have energie gaps (bandgaps) ... a place where the differences between the energetic particles that compose our bodies are free to orbit, kind of like a way station between the particles that bind our material bodies together (in this time/space/location) and the particles we encounter (in our environment, in others) ... if you think about it, a single gap could hold a wide range of energies ... I wonder if energetic transmutation occurs somewhere here? where this gap expands as energies come and go and then make their way to their corresponding particle pair/opposite. In my mind, the carrier density peaks slightly above the band edge, because the density of the states vanish at the band edge. I would further hypothesize that the density of states has a singularity at the band edge. But what do I know? 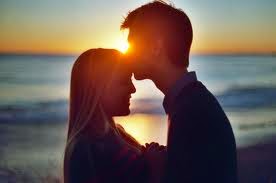 Falling in Love at the Quantum Level

People who are in love have a glow about them, the appearance of a wavelength-specific optical emission from energetically ignited mirrored-particles. (The term 'energetically ignited mirrored-particles' refers to the heat that arises within each being when in proximity to similar particles held within or emitted from the object of their affection.)

This optical emission differs from the usual radiation in hot materials in that its spectrum is strongly peaked at energies that correspond to being in proximity to well-suited particles, and is polarized along the axis of the energetic flow that travels between the beings in question.


This phenomena is much more pronounced in a single kiss ...

since heat transfer from one entity to another is usually too fast to allow a large enough temperature to build in the energetic material. This behavior is attributed to the self-heating of each person's particulate energies which leads to increased photon scattering.

The observed optical emission (heat) between individuals is more pronounced in the suspended moments of early courtship; second, the appearance of a peak can be clearly seen in the recognition of this shared excitation and revisited intellectually.

This intellectual revisiting or creative visualization stimulates the memories of when these optical emissions were at their highest. The simulation results in a suspended state of energetic transpreparation, meaning the particles are peaked and flowing outward in search of the harmonious resonance previously experienced with the other being with whom this resonance occurred; third, the light emission or heat from the beings is found to be located in the center of the channel, where the two energies meet. 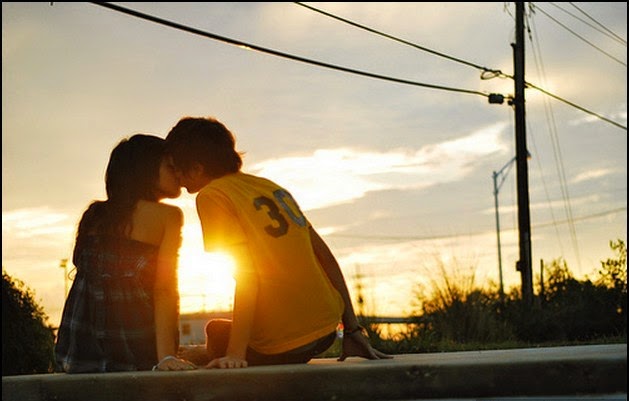 Impact excitation between couples is not believed to be the origin of the light emission in these beings for several reasons. First, the energie of the emitted heat (or light) is larger than the energie of the maximum energie transmitted by a particle sans the excitation. Second, the position of the heat between couples is at the center of the channel, and not at the interface (i.e., where lips meet).

The lifetime of the intense heat or energetic transference between couples is directly related to the properties of energetically shared and driven emissions between one individual and another. It is quite intriguing therefore that couples believing themselves to be soul mates make excellent filaments for one another's energetic imprint. To demonstrate the superiority of this soul mate experience, couples claiming to be soul mates are found to be in a higher state of prolonged excitation than are couples who doubt their connection to their mate. Soul mates work well after more than thousands of cycles, and are found to be stable in their relationship for longer intervals, even when outside forces are acting upon their direct link.

It is possible to generate heat between couples when particles become illuminated at high emotional intensities. However, to capture this optical transference, much slower kisses need to be coveted; one approach to achieve this goal is to keep one's eyes open while kissing in response to the particles flowing that are optically active, and use the response of the shared particles or energetic resonances to modulate the current into a long-lasting energetically ignited kiss.

This slow kiss approach relies on three mechanisms in optically-active particles: (1) chromophores that undergo a change of dipole moment when exposed to the light of the other individual, (2) particles that transfer when exposed to light, and particles that cause an increase in the scattering of the energetic resonance when irradiated. The slow kiss approach can be used to modulate the current in a field-effect shared between two people either by effectively changing the differential that is needed to create a conducting path between people, by effectively controlling the intensity of the shared heat or by causing a reduction in the current due to expanding one's vista (eg., directing the intensity toward higher levels of exalted emotions, such as love, adoration, or compassion).

The intensity of the shared particles between soul mates, the dynamics of the charge transfer is proportional to the optical energie shared between the couple. This force that ignites and lights each up each individual (from the inside out) is proportional to the fraction of ignited energetic particles when not in the presence of the other. The rise in energetic resonance is clearly related to the increase in energetic intensity, and is reasonably understood as being in the other's presence. This may account for the fact that couples claiming to be soul mates feel an intensified scattering of their particles when not in the presence of one another. This scattering causes extreme energetic discomfort, leading soul mates to seek out new ways to interact so as to harmonize the energetic dependence of their response to one another governed by a dynamic equilibrium between excitations and relaxations obtained by staring into one another's eyes.