In my previous post on selected Epitaphia from the Anecdota SCHOWAH Number One, I selected some of my favorite epitaphs to share. An epitaph is a short text honoring a deceased person that is inscribed on their tombstone or plaque. Some epitaphs are in poem verse, though most are brief records of the person's life, death, and notable achievements or relationship to family members.

An Epigram is a brief, witty statement.

The name epigram is derived from the Greek word for "inscription."

In 18th century literary circles, epigrams were often given as gifts to patrons or published for pure enjoyment as entertaining verses. Samuel Taylor Coleridge defined an epigram: "What is an Epigram? A dwarfish whole; its body brevity, and wit its soul." 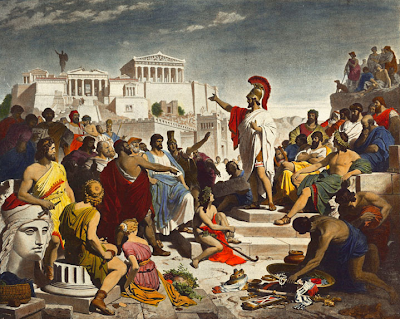 
Epigrams and inscriptions on funeral monuments date back to the classical and Hellenistic epoch of ancient Greece when funerals included joyful elements such as games, competitions, dancing, and even carnal acts intended to recreate life and restore balance to the earth in response to a belief that nature was dying.

These festivals represented a combination of mourning for the dead followed by a celebration of new life. In ancient times, the Earth's fertility was related to a woman's fertility, so naturally it was presupposed that human death was correlated with the dying of nature. 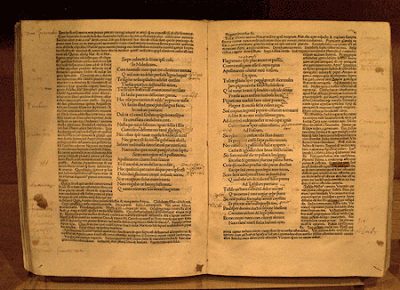 "The enjoyment in the food, good mood and laughter that followed, fits into the interpretation of eating as an act of confirmation and manifestation of life." Plato, Republica, 2, 363, c. Aristophanes, Fragmenta, 488,6. 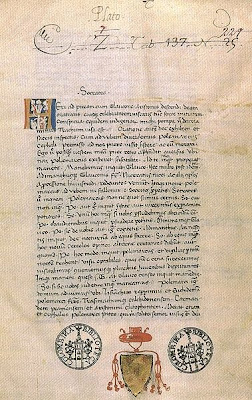 The relationship between the grave and food is also notated in Roman sources. Culina initially referred to the place where the meal was sacrificed for the dead. From this word, we derived culinary, and all the words group around the same family that in many modern languages denote skills of cookery and many concepts related to gastronomy.

The main source for Greek literary epigrams is the Greek Anthology, a 10th century AD compilation of older editions of epigrams from the Hellenistic period through the Imperial period and Late Antiquity into the compiler's own Byzantine era - a thousand years of short elegiac texts on every topic under the sun. The Anthology includes one book of Christian epigrams as well as an amorous book of epigrams called "The Boyish Muse." 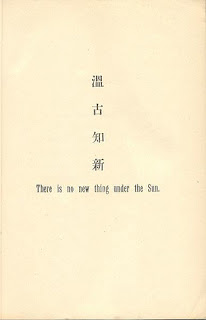 Connecting comedy (applied humor) to myth and ritual is not new. The original convergence of early attitudes toward life and death, laughter and tears, and comedy and tragedy, resulted in two separate concepts: celebratory and tragic humor. The act of laughing at a funeral was the first sign that mourners were returning to the reality of living.

Death and humor can therefore be seen as two aspects of the same phenomena, with one of those aspects always representing the parody of the other. The humor of our ancestors was a hubristic, defiance directed toward the gods, an exercise in the early concepts of free will and our ability to affect our environment, even if only by our ridicule of it.

In this respect, tragic moments expressed in epigrams, transformed tragedy into something humorous. While, applying humor to tragedy does not make tragedy funny, the history of the funeral rite gives us insight as to how the two became linked.

Our ancestors transformed tragic moments into small festivities - into the carnival - challenging and reinforcing the forces of life and our innate ability to laugh in the face of death. 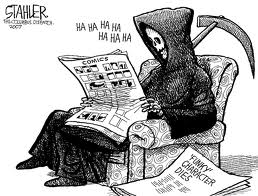 Humor, when applied independently, is a communicative (verbal or physical) device that is adaptive in nature and can be applied to either celebration or tragedy. In this way, humor is an ancient adaptive tool employed during natural cycles of life and death, providing a balance against tragedy.

Humor is, therefore, an adaptive inherent trait that is maintained and evolved by means of natural reaction and selection. Humor intensifies the absurdity of everyday problems that preoccupy people, in relation to the shortness of life and its termination. Accordingly, it can be applied to celebration or tragedy. Humor, applied to tragedy, shifts the realism of it into an extreme metaphysical truth, comically confronting the end of life, which gives "black humor" its power to oppose anything and anyone (anarchist humor). 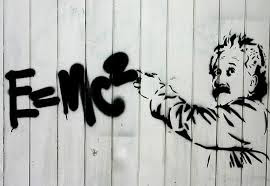 Historically, mourning came first, whereas humor was a corrective that resulted from our collective desire to put back into balance what was perceived as imbalanced. 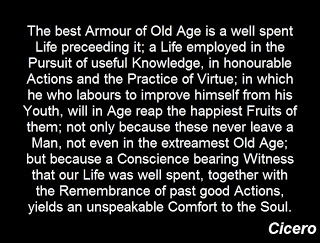 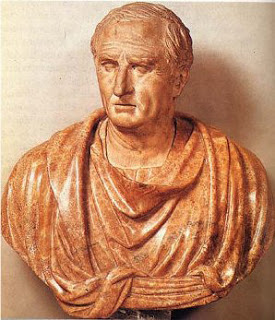 Email ThisBlogThis!Share to TwitterShare to FacebookShare to Pinterest
Labels: Epigrams