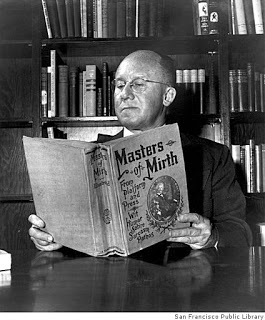 On April Fools’ Day, 1947, Nat Schmulowitz (1889 – 1966), a nationally known attorney, civic leader and bibliophile in San Francisco, California, donated ninety-three volumes, five hundred dollars, and an edition of the Hundred Merry Tales, towards the establishment of the Schmulowitz Collection of Wit & Humor (SCOWAH).

Francis K. Langpaap, retired head of cataloging, wrote in her reminiscence of Schmulowitz that she recalled him saying, “It’s a disease! My spare moments are completely filled with reading catalogues and sending orders. It’s a wonderful, wonderful disease!”

“It is our hope that ANECDOTA SCOWAH will be regarded as medicine for a variety of mental ailments – as antidotes to continuous cold wars, chronic disorders, and the numerous etceteras in the catalog of life’s miseries.”

It would seem that the ANECDOTA SCOWAH was Schmulowitz’s antidote for the ills of the world.

It was Mr. Schmulowitz’s own fascination with humor that kept him adding to the collection himself. Throughout the years, Schmulowitz added to the collection, sometimes at a rate of one hundred items per month, which he gathered from around the world in a diligent and far-reaching search for materials. Amassing over 20,000 volumes and 160 periodical titles, in more than 35 languages and dialects, spanning more than four centuries, Schmulowitz was to Wit & Humor what Poggio was to the rediscovery of classical Latin texts. 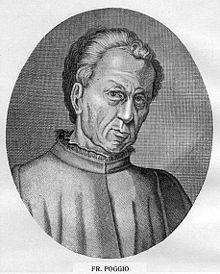 Gian Francesco Poggio Bracciolini (1380 – 1459) was an Italian scholar, Papal secretary, and Renaissance humanist credited with the invention of the Roman type.  Bracciolini ran a joke club at the Vatican called the Bugiale - the “fib factory” - where papal scribes would gather at the end of a long day to hang out and tell scandalous stories.

During Poggio’s travels through Europe, Poggio recovered, copied, and disseminated a great number of classical Latin texts that he discovered in German and French monastic libraries. It is thanks to Poggio that we have Lucretius’s De Rerum Natura, the architectural writings of Vitruvius, additional orations of Cicero, and of course, Poggio’s own Facetiæ, a 1451 collection of humorous and indecent tales in Latin. The Vatican did not condemn the volume, though it mostly contained invectives and salacious jokes. It was presumed that the jokes would only be savored by the clerical class and would not corrupt the morals of the masses that were not fluent enough read in Latin. 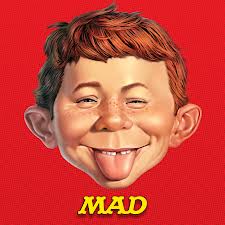 Schmulowitz distributed a catalog to friends, acquaintances, and libraries around the world in 1962.  A supplement to this catalog was published in 1977. The Book Arts & Special Collections Department at the San Francisco Public Library has been working diligently cataloging the collection. To date, the English language collection has been catalogued, with the foreign language collection being worked on now. Andrea V. Grimes, Special Collections Librarian, ensures the visibility of the collection by selecting key materials for the annual wit & humor exhibition, which she curates on behalf of the San Francisco Public Library.

In my next post, I will share my exploration of Schmulowitz’s “rare, obscure or choice anecdotes, or superior items of wit and humor which may be found in a comprehensive collection upon those subjects in their broadest significance," which thanks to Schmulowitz will be enjoyed for many generations to come. 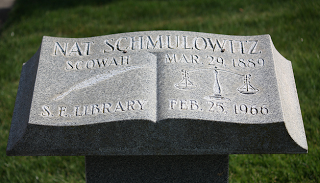