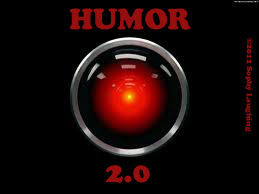 It is AD 2500 and some humans have LOL'ed to become superhumorous-intelligent beings. But suppose you resist any LOL-upgrades. Having conceptual resources beyond your wildest dreams, the superhumorous-intelligent beings generate an entirely new type of joking about the philosophical problems that we have considered throughout the history of humanity. They univocally and humorously assert that the jokes are obvious. But you throw your hands up saying, "I don't get it!"

These "jokes" strike you and other other un-LOL-ers as meaningless gibberish. You think: Who knows, maybe these "superhumorous-intelligent beings" were engineered poorly from the get go; or maybe it's me?

Perhaps the un-LOL-ers are "humorously closed," being constitutionally unable to get life's philosophically-oriented jokes. The humorenhanced call themselves "Humor 2.0" and claim that un-LOL-ers have a lesser developed sense of humor. They beg you to enhance your humor detection software.

What shall you make of our epistemic predicament? You cannot grasp the contents of the superhumorous-intelligent beings' thoughts without significant LOL-upgrades. But what if their way of joking is flawed to being with? In that case LOL-ing will surely not help. Is there some sort of neutral humorous vantage point or at least a set of plausibly hilarious principles with which to guide you in framing a response to such a challenge?

Herein this blog, we shall begin to reflect on some of the issues that this thought experiment raise.

With much to think and laugh about, we begin... 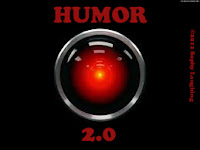