How to Be Deliberately Illogical and Get Away With It 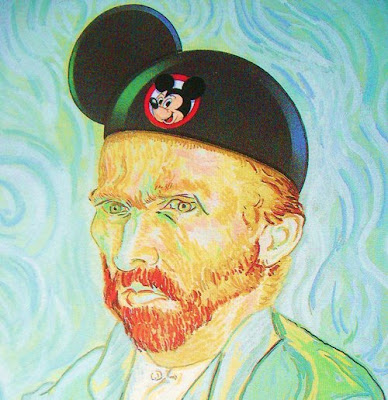 To refute an example using a comic, following the following instructions (vewy quietly)...

Notice how the central thesis is unchanged and unchallenged? The original assertion: "that's not very nice" is not commented upon.

Welcome back! We hope you had fun refuting the example. Now that you've refuted it, let's color it, shall we?

Imagine an English Manor in the countryside. The master of the house is headed out with his buddies from town to do a little hunting. As they prepare to head out to the trail, the hounds immediately pick up on a scent; they begin barking, leading the hunters in the direction of their prey.

Only this time, Charles, whom everyone calls "Charming Charlie" decides to play a prank on good 'ol Woolworth. He called ahead earlier and said he couldn't make it, that he had to go to his in-laws for a impromptu family meeting (in reality, he called it a very serious Coffee Intervention, apparently his mother-in-law has refused to eat, she's instead drinking non-stop coffee... and while the family initially delighted at her spontaneity and girlish enthusiasm, she has since fired the staff and taken it upon herself to clean the manor, which she's now done so frequently that she cleaned the paint clear off the baseboards! This was when everyone realized she had OCD... but I get off track).

Anyhow, Charles, as you might already suspect, really didn't have to go to his mother-in-law's - though trust me when I tell you that his mother-in-law really is a Coffee Addict - instead, that Charmer decided to park up ahead 10 miles or so along a dirt road just to let out a red herring. Tied to some string, he led it across the trail that the hounds would be following. Its powerful aroma makes hounds forget what they are following, so they take up the trail instead.

In logic, the red herring is drawn across the trail of an argument. It's so powerful, so strong, that most are led irresistibly in its wake, forgetting their original goal. Utilizing irrelevant material to divert people away from the point being made, helps you lead them toward a different conclusion. The trick to pulling this off is to have the red herring follow the original trail for as long as possible. The more attractive it is to follow, the more effective you'll be at diverting their attention.

Big Brother is always trying to promote whatever makes them the most profit at the expense of the little guy.

I think these fashions come and go. One day, Big Brother promotes DVD players because that's the latest technology; but now, they have Blu Ray and who knows what's coming next...

The trick here is that it sounds like the original trail. You're responding with the specifics of what Big Brother promotes, but after some time now discussing "what's coming next", both parties might be a bit hazy on the original premise as the argument presented was on technology.

Come back another day.
Even if it's raining.