Jeff Foxworthy, Bill Engvall, Ron White, and Larry the Cable Guy made up the Blue Comedy Tour, which toured together for six years beginning in January 2000.

In this segment, Jeff Foxworthy kicks off the show with a little bit on relationships. In relationships, he claims that men are simpler than women, who, according to Jeff, require more "details".

Presumably, men are not interested in details, and have learned the art of silence from their dogs. 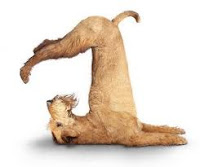 According to Jeff a statement like: "I'm getting a divorce" from his buddy requires no further input because it was expressed in the interrogative form. Therefore, if a woman is seeking input from a man, it is best to phrase it in the form of a question. Otherwise, mum's the word (response). 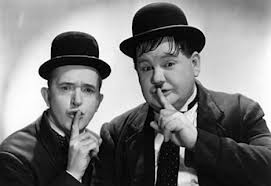 Again, according to Jeff, men have 3 basic needs in life: eating, sleeping, sex; preferably in a truck - alone... and in traffic.

When it comes to arousal, the "Shoulder Dance," according to Jeff, doesn't quite "do it" for him, but apparently whatever his wife is willing to do is perceived as a "Go," so despite his not possessing an erogenous shoulder, when his wife "pushed" him there, he took it as a sign that she was "good to go;" only soon thereafter he discovered that "Touch" (according to his wife) is a "Go" while "Push" means "No."

The "intimate nature" of his humor sends crowds roaring.  Like all art forms, the comedian draws from familiarity for his audiences' reaction is key.

According to the audiences' response to his jokes, the difficulties and idiosyncrasies of relationships are indeed hilarious, and most believe this to be true. While some people are off-put by the intimacy of his humor, many people do laugh. Some out of nervousness, others out of repressed hostility or personal frustration arising from relatable experiences of their own.

In this respect, Jeff's comedy brings people together - not physically, but in their reactions to basic life experiences. While technically Jeff utilizes the comedic tactic of alienation - he alienates us from his wife and women in general to share the perspectives of a man who, apparently in his house, does not have the final word - he does so in a way that makes most people laugh. 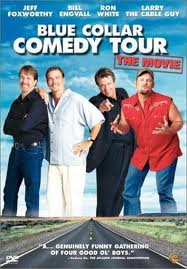 A classic example of this type of comedy appeared in the British sitcom: Keeping Up Appearances, starring the brilliantly funny Patricia Routledge, who stared as the eccentric, social-climbing snob, Hyacinth Bucket (who insisted that her surname was pronounced Bouquet).

Her calm, tolerant and long-suffering husband, Richard Bucket, played by Clive Swift, reminded viewers that some women - just like men - can be overbearing in their demands, leaving their mate stupefied (Jeff's version of the non-speaking male who clearly has something to say once you get him away from his wife).

Both Routledge and Swift are exceptional method actors, which allowed them to flawlessly play out these common stereotypes. While the comedy is notably British, as opposed to "Redneck," it is in their shared commonality, which calls forth the behaviors and perspectives held by many in the lower echelons of society, that these stereotypes arouse spirited reactions.

Humor is more subtle and thus difficult to find. Subtle humor is not widely distributed, as if often occurs in private or small groups.

The closest mass distributed version of subtle humor was Seinfeld, an American sitcom that mastered this type of comedic artform: A show about nothing.

In general, comedy has to target a specific genre (or concept) that arouses contempt or frustration, or that points out an anomaly or incongruity, without which we usually don't laugh. Nice is nice, but naughty, if written well and delivered in perfecting timing, is funnier.

The challenge with high-brow humor is that in high-society criticism is is frowned upon - as it should be - as is the negation of personhood expressed by the lower echelons of society, other than in a strictly factual or altruistic way.

Anything less would tarnish the good reputation of the individual, vilifying them in the process. If you are among the few privileged to be born into high society, the last thing you'd wish to do is drop below that threshold via inappropriate behavior. If you're aspiring to that level, you'd want to distance yourself from it.... (and might I add, if you are a naturally cultured and sophisticated individual, low-brow humor would not only repulse you, but you wouldn't think of it in the first place).

While these comedians "seem smarter" or more "cutting-edge" (like George Carlin before them) it is difficult to classify them as such when they utilize low-brow humor degraded by cankerously common language to express complex subjects.

It is as if they don't know their audience, themselves, or the type of humor they're reliant upon.  Is their audience the raunchy, cursing, disillusioned blue-collar worker who has nothing better to do than complain (aka: "bitch and moan") or is their audience the educated scholar who is familiar with the issues? If both types of individuals are attracted to this type of humor, how exactly are they different?  Differentiating ourselves from primitive behavior has long-since been a topic of conversation. Stooping down to the level we're disparaging doesn't differentiate us, it merely makes us one of the gang.

While Maher "acts sincere" with his complaints - many of which might be valid - but his low-brow humor and heavy reliance of cynicism and vulgarity does not attract the higher tiers of society nor those who are genuinely concerned about these issues.

Education doesn't guarantee class, it merely implies that a person can follow directions, follow-through, and follow the crowd; whereas edification implies enlightenment, understanding, and the desire to work together through cooperation. The challenge is making integrity funny.

The answer is no one.

No one wants to be the "butt" of the joke, which is why it's shocking that so many would laugh when someone else is put in this position. This is not humor, this is aggression delivered utilizing humor as a device.

While I've said it before, it bears repeating... in the last 18 months of searching for humorous content, the funniest stand-up comedy routine I've come across is John Branyan's The Three Little Pigs:

While notably John relies on "ignorance" as his main premise for not understanding the classics, he mostly points the finger at himself. His comedy is not mean. This type of self-effacing humor is actually debunked when he begins crafting and weaving together one of the best modern-day Shakespearean parodies I've had the pleasure of watching.

This type of humor requires brilliance, insight, and talent. It also requires humility, an understanding of self, and the refusal to stoop down to the lower levels of society. These are not widely distributed skills, but rather skills easily recognizable as an expression of high-brow spirit.

In comedy you can say pretty much whatever you like and someone, somewhere, is going to laugh. However, raising the expectations of humor is an entirely different calibre of expression. As with all artforms, there are primitive versions (low-brow humor) as well as styles we come to understand as fine art.

The challenge in the field of comedy is raising the bar high enough to know the difference. 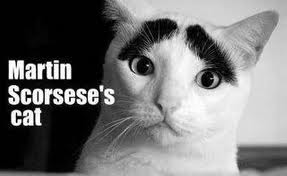 For more on high-brow humor, see: 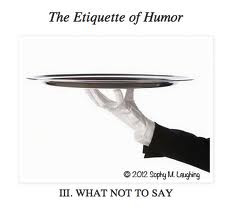 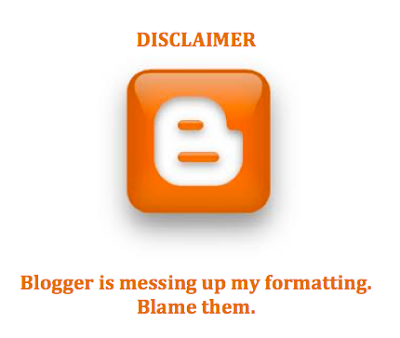