The silly & the ridiculous stick 2 the side of the absolute idea,
& the boring & hateful become mudpies full of crazy life.
~Not Carl Jung's Red Book

“Who hath believed our jokes? And to whom is the punchline of the Universe revealed?”

The Messiah walks into a bar and wouldn’t you know it, runs John. “And the Word was made of beer…” John said, inebriated, blabbering, and slobbering on a bit before commenting on the children’s story, “Green Eggs and Ham.” While the Messiah and I couldn’t quite understand what he said, we both clearly heard that he ended his conversation – prior to passing out – on something about Kurzweil’s Speech Reader.

The lightheartedness at the surface of humor take my understanding and all my knowledge and places it right in front of me where I’m forced to examine it.

If seriousness makes pretense of paradoxical, surely writing jokes is an exercise in paradoxical exploration, which begs the question: How can we know paradoxes if we don’t act in inexplicable and paradoxical ways from which to gather the insight in the first place? If sanity is ignoring these aspects within oneself, then does not all the world suffer from the same psychosis? If you play with that which you don’t understand in an attempt to understand it, are you then a naïve child or a brave explorer?

If I ask these questions to someone and they tell me that my exploration of humor is that of a naïve child, can I not respond like a naïve child, ignoring statements that don’t fit into my fantasy, and instead, claim worldwide dominion over our exchange by disagreeing with their premise?

In this way, I can happily return to my fantasy, knowing that we live in different worlds.

Perhaps the laws from one space to the next are similar only due to their proximity somehow being linked to their construction, but that does not mean they are identical.

If we allow for more variation in how we define the world, couldn’t making fun of everything we’ve ever learned be Wittgenstein’s call to writing a serious philosophical work in the format of a joke? 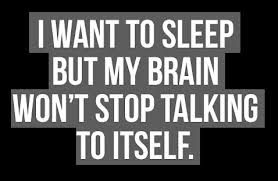 Since I modeled this post after Jung, are not all great explorations simply the psychotic descriptions of other peoples’ descriptions of the vantage point from their specific-time space?

Must all time-spaces be the same to have an underlining principle of the universe? Can we allow for variance and still have a unified theory exist upon the premise that we all think we exist, even if we’re not sure and even if we might not.

For today’s purpose, I’ll assume that if we didn’t exist, we wouldn’t eat because we wouldn’t need to feed someone who doesn’t exist, and yet, we eat.

Strange behavior, when you think about it….but I get off topic.

Next: Modern Human in Search of a Sense of Humor 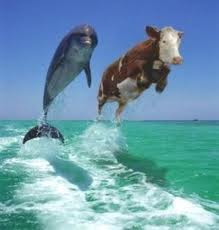