What I learn from blogging 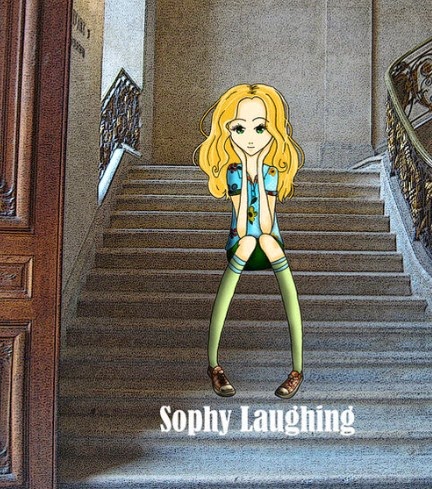 I have been blogging since April 17th, 2011, nearly four years. Each year I examine what people are reading. 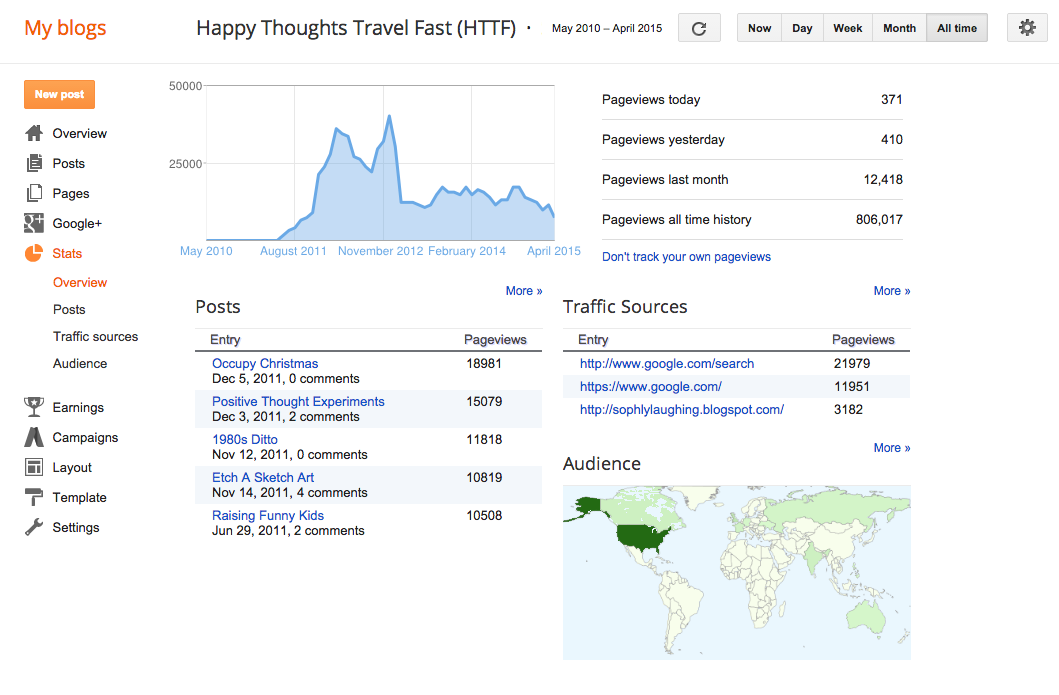 18,983:  Occupy Christmas is a friendly call to action to celebrate life now... a moderate amount of emotion provoking drives this post, which advocates for the spirit or sentiments associated with giving back.

15,081:  Positive Thought Experiments is a lighthearted self-examination of the effort inherent in turning lemons into lemonade, a demonstration of positively directed earnestness

11,820:  1980s Ditto is a nostalgically charming romp through that which we keep as intellectual companions, i.e., our memories

10,512:  Raising Funny Kids advocates humor as a way to establish trust from which children (people) naturally relax and connect (our brains expand/learn when we connect with others)

Minecraft Lesson Plans was initially published in a separate blog, but it was conceived of with the same "joie de vivre" as the articles in HTTF. 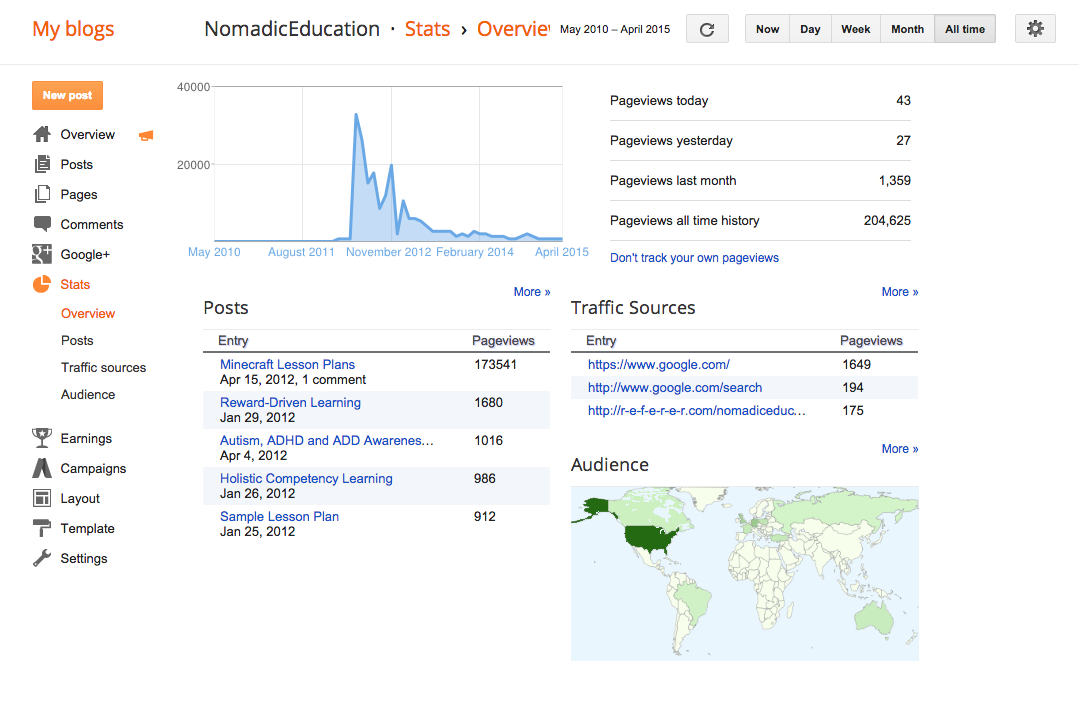 Minecraft Lesson Plans has consistently received the most pageviews in the four years since I began blogging. I wrote this article in response to a conversation I had with my son on the value of his receiving more time to play games than I was giving him.

Given that information continually changes from generation to generation, I wondered if learning had more to do with the wellspring of creativity that arises when we are actively engaged with a concept that requires our interaction more than it has to do with any given subject we're studying.

Putting this experimental learning theory to the test I considered playing Minecraft as a backward induction and strategically interdependent decision making activity and examined it in relation to basic game theory concepts and found that activities within the game could be understood according to this framework.

Gaming is not a vestige of a mindless past, no wellspring of creativity is needed to play the game (unless one wishes to play well). In short games are not enemies of the intellect.

The intellect is designed to relinquish control of biases so that all subjects may serve as guarantors of its offers, promises, and threats against falsehood. The apparent firewall between games and learning theories is not an ineluctable part of the architecture of the brain; the mind's programmed ability to deliberately intellectualize information is its greatest guarantor. The subject need not provide the guarantee. Herein resides the substantiation to relinquish our attraction to past theories and newly examine games in relation to brain development.

Articles relating to Minecraft were a trending topic between April 2012 and 2013. The pageviews on this article dropped dramatically following the release of Call of Duty: Advanced Warfare, Dragon Age:Inquisition, Watchdogs, MIddle-earth: Shadow of Mordor, and The Elder Scrolls.

Independent in what motivated this article or what it conveys, this article has received more pageviews than my other posts telling me that the keyword game receives more hits than any of the other subjects about which I write combined. 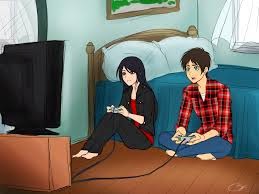 Arthur Koestler wrote in The Act of Creation that “we can discuss Napoleon’s defeat at Waterloo in terms of (a) historical significance, (b) military strategy, (c) the condition of his liver, (d) the constellation of his planets.”

By way of meaning we can examine the human behavior of playing video games and notably find evidence of intelligence propagating itself. Activities that are processed in the brain as entertaining or engaging can be examined in relation to brain development and learning.

Occupy Christmas has received the most pageviews, though barely. This article's pageviews grow at a constant rate each year, with the most pageviews occurring between the months of November and December. Good hearted, authentic, genuine ... those are the keywords people search driving traffic to this post. During the holidays more people are online connecting and reaching out. The rise in sentiment and generosity of spirit is no doubt a driving force motivating Readers to seek out this post.

Positive Thought Experiments has its ups and downs, but has grown steadily in pageviews since its publication. This tells me that each year more people are searching for coping or excelling methods by which they can self-soothe or self-motivate, respectively. I consider this trend a reflection of the autodidactic generation (multiple generations who are actively engaged with technology as a way of life).

1980s Ditto and Etch A Sketch Art received about the same number of hits. When an educational website links to Etch A Sketch Art an initial uptick in pageviews occurs, which slowly decreases over time. Traffic to 1980s Ditto is often times due to a keyword "blooper" ... 1980s Disco.

Presumably this article represents the demographical mean in readership, Readers between the ages of 35-55. It makes sense that Raising Funny Kids comes in next, as many Readers in this age range are parents who grew up in the 80s and probably received an Etch A Sketch in their Christmas Stocking or under the tree as a gift. Of course there are those millennials who remember Sketch from Toy Story.

KEYWORDS
Based on these keywords, I presume HTTF is primarily visited by:

Irregardless of Reader motivation, on behalf of the author, i.e., "me" ... thank you for visiting HTTF.