A Critique of Money

Money is among the elements that facilitate social interaction. The metaphysics of money which we adopted back in ancient Athens is primarily integrated and thus defined as a means of exchange, while on a concrete level the word refers to those classes of objects commonly used to perform this function.

The biggest challenge our society faces in adopting money as a "thing" and not a human construct is that as a result of our circumscribed thinking we limit our inherent potential to create by the presence or absence of an object we ourselves manufacture.

In adopting money as our collective deity we automatically ascribe to two beliefs:
When we internalize money as such, when we give money too much power over human potential.

By embracing potential instead of objects as a human construct, we can escape the sense of arbitrariness, that lingering sense that we cannot shake off, of there being something indefinably unsatisfying about the notion of money and its fair distribution - despite the massive progress the construct of "money" has achieved.

When we approach "money" as a reified human faculty (reification in the Gestalt psychological sense that the perception of an object has more spatial information than is actually present) we perpetuate an injustice, alienating ourselves from taking action and believing in our potential and from the potential others might bring to the world.

Few would critique money. In fact most would simply welcome its presence into their lives as a joyous occasion and a consequence begin to create more of those experiences they deem pleasant, but I cannot help notice the multiple and varied divisions or boundaries the construct of money creates.

When there are children starving in the world because there is no money or when there are people being hurt or otherwise abused or neglected due to a lack of the possession of money - an object that only exists because we bring it into existence - it seems to me that we should all be critiquing the construct of money as an all-powerful deity.

It is not money that makes the world go round, it is implied agreement. For an agreement to occur there has to be an exchange, but for potential to occur there need only be belief in its existence.

Actions occur as a direct result of our belief systems. The maxim what we believe we can achieve is all about self-perception in relation to the world around us. When we give money power over our lives, we are adopting the belief that an object we create has the power propel or limit us when in fact this power resides within. This may be true in effect as the presence or absence of money does indeed limit or expand our opportunities, but there are many other truths from which to choose. I myself prefer the ones that finance my dreams and unleash my potential rather than hinder it. 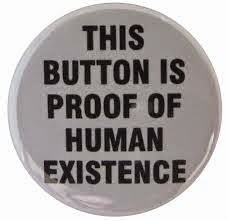