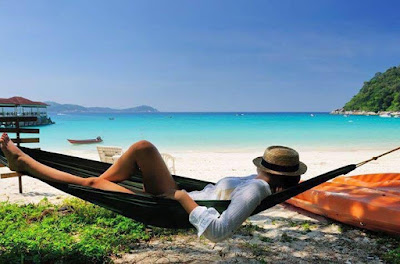 In the beginning there was the stillness. The stillness was boring. There was no cake and no sunshine; there was no traffic, nor loud neighbors. Then one day a big party broke out and a magnificent reverberating brilliant BOOM exploded! Naturally, the stillness, which had no form, looked toward the giant radiant boom, which was not unlike a sun on fire. And like binge watching a television series on Netflix, the stillness was sucked into the drama, into which it dove head first. But the stillness still remembered the quietude. Not wishing to return anytime soon to the boringness, the stillness eventually sought out springtime, a charming refuge. Spring accepted its presence and said: “If you want to hang out with nature, you have to do your part.” So, the stillness got to work, watering plants and trees and shrubs; or, rather, dumping a big bucket of ice on them, hoping that over time it would melt, providing a continuous watering, while the Stillness, now alert, explored other exciting locations in the garden.

The stillness felt honored to explore the garden, which it approached carefully out of naturally inclined respect. Home for the stillness was just a reference point. The stillness was fascinated by the popping up of daisies and other lovelies, the word it used to describe all of nature’s unfolding. It was not so fixated on from whence or why they came into being, but rather on the delightful fact that they existed.

The stillness had no fraternity to perpetuate, no doctrine to teach. But it did have a preference for pleasure. Pleasure inspired solidarity. With the growth of social consciousness, the stillness became custodian of nature’s concepts. There were no initiation rites to inspire veneration for anything other than enjoyment and appreciation. There was admiration for all existence, but not as a literal or elaborate theory or legendry.

Other beings tamed nature for their own purpose, inspiring scholars, sages, and poets to flourish. Each grew in comprehension of a specific direction, which they called truth. They associated with men and women bound together by oaths and obligations, and into their own fraternities bore witness to those ideas that perpetuate concepts they considered good.

Each being found itself in one location or another. From this space a unique comprehension of truth blossomed, and with it knowledge as a responsibility to the whole; or, an opportunity for personal ambitions to advance; or, both. Flowers rose above foliage, bushes rose over ground, trees hovered high, atmosphere reached further, and conditions flowed through it all. The proverbial fire and its potent latent abilities was discovered, and so, came into conscious communication with the land.

Initiates of these early societies came to be regarded as possessing extraordinary faculties and powers. They enjoyed the special favor of those who gazed toward the domain in which they dwelt. New knowledge inspired a duality between nature, as a starting point, and the other places further afield. But scholarship was always the means, never the end.

The end of scholarship was the contemplation of the abstraction. A latent desire to explore the garden without impediment. To receive within itself the light of vast truths. Some were naturally suited for such learning for they possessed the integrity of motive, the patience of effort, and the vision of ends - they labored toward their own improvement, and championed translucent progress above other considerations. Those of different opinion favored their unique time/place/location.

And so it was inevitable that the initiates of what would later be called Mysteries should unite themselves against that which tainted their unique luminosity. Be it more or less openly in society, or privately, in secret, men and women continued to explore multitudes of directional thought. Some thoughts passed from public view, while others faded and reemerged. This circumstance was not a decline of plan or purpose.

The world of discovery remains as a powerful force for the creation of human institutions, be them public or private. Those who do not concern themselves with the domain of intuitive metaphysical judgment question the use of symbols, myths, and figures employed to conceal essential explanation. Like Aristophanes’ Clouds, these concepts and symbols merely lampoon intellectual fashions. Rarely are clouds part of any original doctrine. They are put there to softly protect the entrance to a given journey, made necessary by intolerance and bias. The use of indirect communication was entirely practical. To remain unknown or unspoken was the best way to divert disaster. With soft, fluffy clouds, esoteric arcana was concealed. Clouds were not meant to inspire ignorance, but to protect generations of wisdom garnered from traveling along a specific thought trajectory.

Discipleship ends in the attainment of an inner capacity suitable for the realization of the fullness of a given trajectory. The disciples, by harnessing conscious awareness, embrace practical mastery, putting it to proper use in relation to the given space.

At various times scholars came together to form academies, where they imparted scientific, intellectual, ethical or cultural doctrines. The initiates of this tradition were not necessarily regarded as brilliant intellectuals, but rather honored individuals practicing higher dimensions of knowledge they considered essential. History preserves the records of numerous persons, from different ages and places, who exhibited knowledge and skill which cannot be explained according to today’s erudition. We can reject, but we cannot ignore entirely the testimonies of Pythagoras or Buddha. Many of the most noblest members of our planet’s history have expressed their profound admiration for figures such as Mother Theresa or Gandhi. Not to recognize a specific esoteric teaching, but in recognition of their contribution to the advancement and improvement of the human state.

Adeptness is a state of maturity so far as this is possible. Deficient in nothing necessary to a life spent in a specific direction, the adept individual is capable of determining a course of personal action most likely to contribute to their own elucidation. This state inspires a full release of learned faculties and powers. Accordingly, these individuals align with global solidarity, as citizens of a larger invisible empire of the philosophical elect, the custodians and protectors of nature and its offspring: humanity. They are considered true educators and illuminators. Their expression is powerful, creative and direct.

Others study these individuals, systematically notating thoughts and actions into a system or method, which later becomes a science. It is the art of living, the finest of the arts. Here truth-seekers gravitate. Willing to accept the sovereignty of the eternal over the temporal, they dedicate themselves to the mastery of a given science, mythology, or concept. This body of knowledge becomes their tradition. The institutions that perpetuate these traditions are their schools, and the graduates are their disciples or practitioners.

As for the stillness, it discovered Spotify and was never heard from again ... 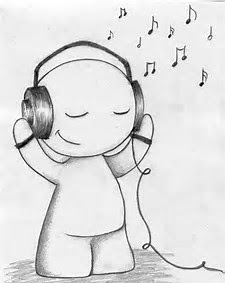