Aesthetic pleasures and the mechanisms that support their blossoming 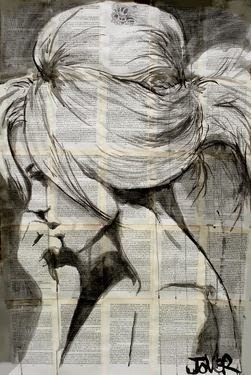 Aesthetic pleasures are inseparable from that which they fulfill, extend, or modify. One does not know - often never knows - for whom one writes. To struggle with Dante, Montaigne, or Shakespeare, to rise to the dignity of their grace through boundless temptations and false representations; to yield, at once, to the potency of their spell ... such is the vision of loveliness opened upon us.

As my mind speaks these words, my thoughts suspend. Lingering in a haze of radiance, they burst forth again, little aesthetic spirits, ye happy souls whose dwelling only a glimpse gives. Orbs that mingle with earthward desire, dwelling upon every stage of the psyche, into the very depths of my heart.

The giddy side, once tasted, eagerly traced above and below that which we mistake for memory. Life and essence are low, distant breathings of an existence too thrilling to listen to earthly sounds. Faint, imperceivable, subdued ... veiled under the influence of notes no language can express.

Rising, gazing at the air around it. Gradually becoming transparent, with features, one by one, disclosing themselves through it. Trembling watching the progress of the apparition, half laughing like a thin mist, melting away.

Rushing instantly toward it is our first response, but the arm of language holds us firmly back. The mechanisms by which rapture is heard collect themselves in a blaze of light that falls upon eager minds. Ascending into the air, their form fades away till it is seen no more.

Leaving me in such repose as is possible, after such a scene, to enjoy.