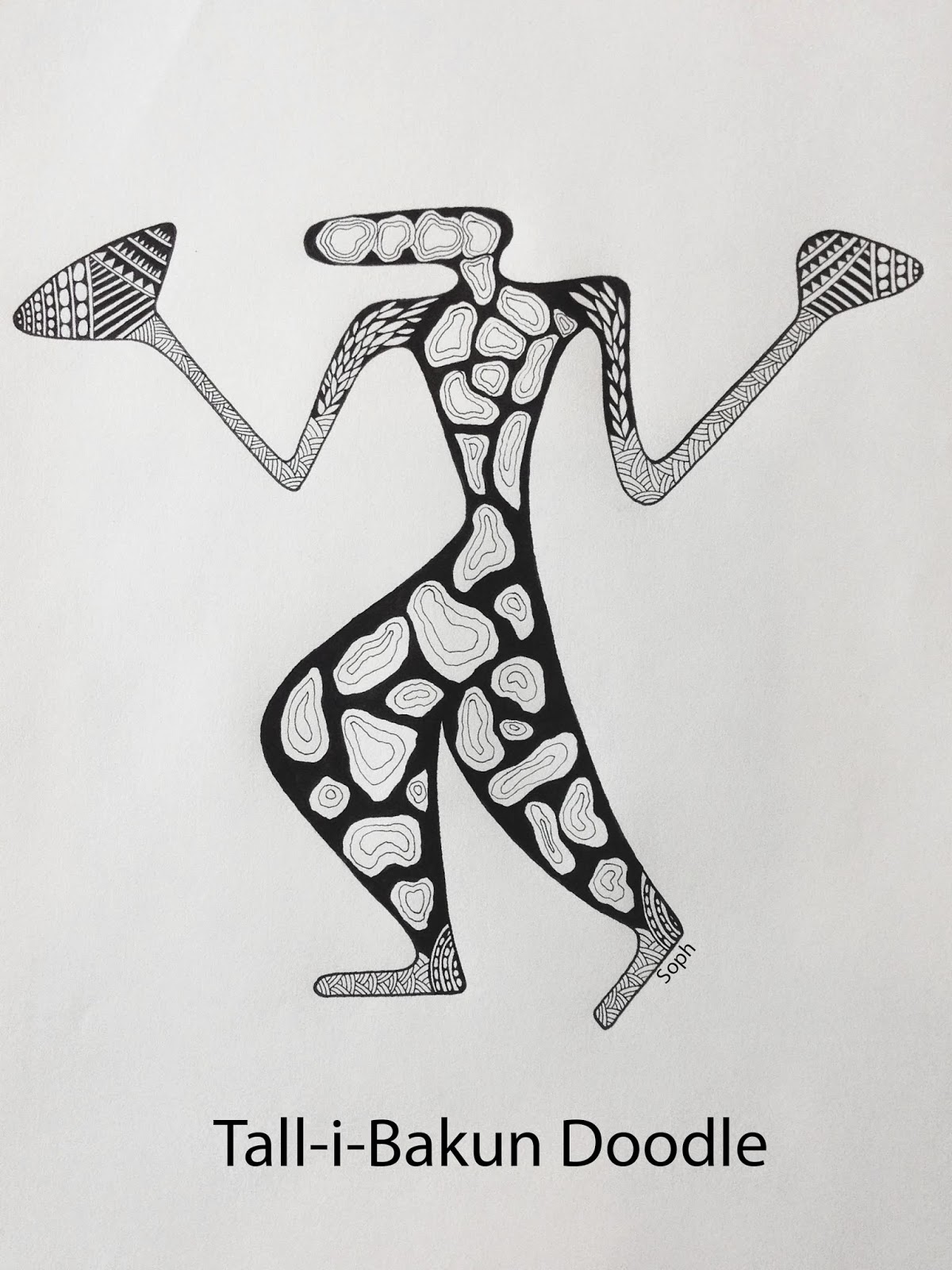 Inspired by the figurative motifs of south and southwest Iran during the fifth millennium BCE, vivid and well-balanced compositions that integrated abstract and figurative elements, this "Doodled" version of the rich ceramic tradition reflects the variety that might have existed in the textile production, though no textiles survive.

While the majority of figurative motifs in Iranian ceramics depict animal, bird and plant forms, I like to think of some artistically bored child doodling away human figures, though these were rare. In Chalcolithic (c. 5000 - 3500 BCE) Iranian pottery, human bodies are portrayed with bird-like heads, as is this doodle, a rendition of a ritual bowl at the British Museum in London.

In this faithful, yet artistically liberal rendition of a bowl from Tall-i-Bakun (southern Iran), the elongated arms and shortened legs are perhaps a transitory state between human and bird. The ritual and religious implications of this interpretation are tantalizing, but as to whom this figure represents we will perhaps never know as no further records shed light on the figure's identity.

What is clear is that the human figure leaps off the bowl in this doodle. A testament to the ingenuity of the artist who patterned the original bowl.