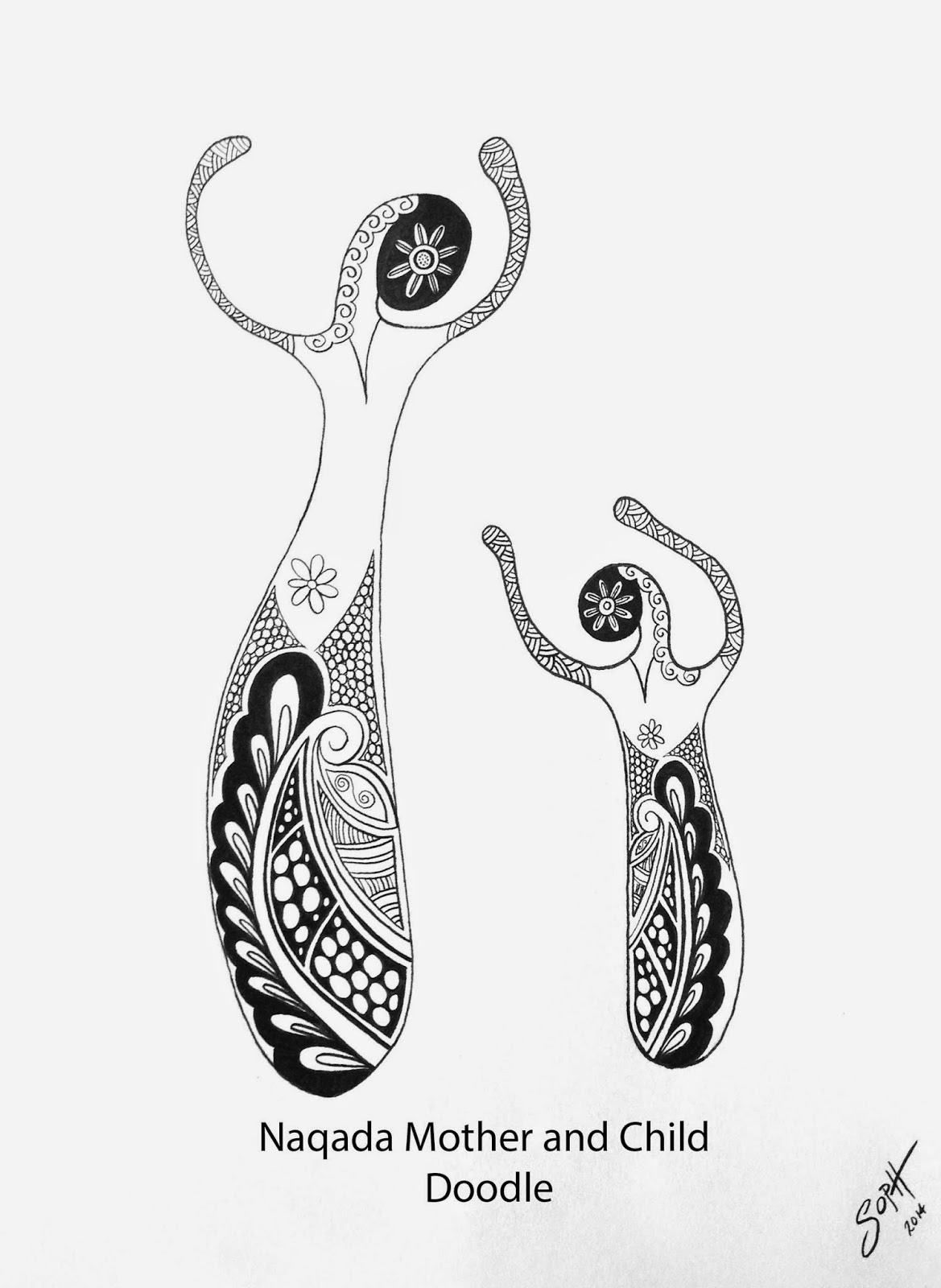 Inspired by the simple, nearly to the point of abstraction, mourning figures from the Naqada II Period (c. 3500-3100 BCE), the torso is triangular, although this is somewhat masked by the raised arms and decorative "doodle." The narrow waist swells to broad hips; the whole of the lower part tapers, with the legs left to one's imagination. The arms sweep upwards and bend slightly backwards, taper, and then are flattened into hands, emphasizing their importance. The head, usually described as 'birdlike', is a simple bent and angled extension of the long neck. Doodled along the back side of the head and neck are curls, alluding to the fact that the originals might have once had hair attached.

The original figures were covered with red ochre, with a full-length white skirt painted below the waist. Like with my "Tall-i-Bukan Doodle," I like to imagine a bored child doodling these pieces in their parent's workshop at the same time the originals were being crafted.

The posture, also found in the painted decoration of a wide range of pottery vessels, suggests that this is a dancing or mourning figure, or that it has some association with resurrection. This doodle was modelled after one of two found in Burian 2 at el-Mamariya, the only figurines of this type from an excavated context.

Like many of these early painted terracotta figures, the feet are not modelled. The original so called "Mourning Figure" can be seen in the Brooklyn Museum of Art in New York, while the "doodle" can be seen right here.