Who Is this Individual? For that Matter, Who Are You? 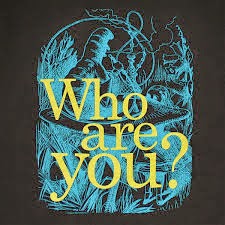 In the late eighteenth century, a philosopher turned royal, retired from her role. At the conclusion of her life she quietly whispered to herself: "je vais vivre" (I will live on). Her breath escaped and her thoughts of going to live among the gods in eternal bliss with all those who went before and someday those whom she reluctantly left behind changed forever, for she awoke again only to find herself with a new face, body and personality. A process in Doctor Who's universe known as "regeneration."

This philosopher, prior to becoming a royal, was not a stranger to living what many might consider a charmed life. Born in the late 16th century, he led a quiet life of intellectual pursuits. Initially focused on mathematics, he turned his gaze toward philosophy. Given his frail constitution, which would ultimately contribute to his demise, he spent a good deal of his time in intellectual seclusion where his imagination soared beyond his predicament. Imagine his surprise when he later awoke only to find himself seated under a tree in the shade reading philosophy to his closest girl-friends.

Companions of this philosopher turned royal weren't at all sure at the time, but they suspected that there was something different about their friend, the Queen, and with that suspicion they wondered more about themselves. They each held the popular religious beliefs of the time, but rumors from exotic lands caused them to collectively ruminate on population changes and privilege. Were they basically the same person, only different? If so, what made them them?

You might think that questions regarding personal identity have nothing to do with historical tales given philosophical issues are not addressed in history books, but this does not mean that the characters that populate our history books didn't question issues of personal identity, in particular, royal characters. What divines someone to rule and someone else to serve? Was a question of utmost curiosity. No person would argue that privilege was a blessing, unless one is held hostage by the responsibilities and intrigues associated with a privileged life. However, thinking about imaginary situations was quite risky in those days (even more so for a person of prominent status), thus ruminating, if expressed outside one's mind, could only take place in a sacred place among one's closest confidants.

Thinking about the private ruminations of prominent historical figures can help us realize that there are gaps and inconsistencies in our theories. For example, we might have a theory that those who serve are goodnatured and blissful, revelling in their simple existence; yet, this theory has trouble standing when we think about the mammoth responsibility of home management without the aid of a full-time staff. An avid follower of Rousseau's highly romanticized works on the nature of human life might have romanticized the notion of singing gloriously while proudly attending to the needs of the physical world, but this same individual might later find themselves somewhat disheartened upon discovering that there's little to sing about when dusting must be carried out every day, seemingly forever and ever and ever ~ never to be finished because the moment one finishes dusting, to one's great chagrin, dust instantly reappears again.

Fans of historical figures often content themselves on the objects of worth the individual in question leaves behind. They surmise the motivations and inner workings of the individual's mind by their circumstances, by what was said of them at the time, and by the individual's documented experiences. It would be ludicrous to think that an individual could be understood simply because they are recognized.

What goes on inside the mind of an individual is rarely verbalized, much less discussed or shared with the world, in particular for individuals with much at stake. The fact that we cannot know anyone, least ourselves (entirely), renders any hypothetical a contradiction, at best. Similarly, what we are considering with respect to the issue of personal identity is equal in its ridiculousness, but only if we allow ourselves to "believe" the fanciful ideas we surmise. So long as hypothetical constructs remain hypothetical, we free ourselves to begin testing the comprehensiveness and consistency of our own theories about personal identity.

So, back to the hypothetical story at hand: let's say that a prominent philosopher, twice over, returns to the world as a female royal surrounded by intrigue. How would this philosopher turned royal behave? Initially, perhaps, naturally, according to the whims of the new personality. Then, gradually, over time, those embedded tendencies toward intellectual ruminating would beckon (perhaps after the impetus of conflict or personal tragedy and the deep reflection that follows). This multifaceted being (a being consisting of several millions of subatomic particles) would slowly begin gravitating back toward the quietude of familiar intellectual pursuits with a small circle of friends. 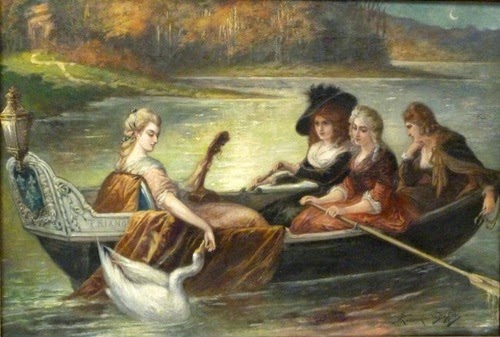 So, what constitutes personal identity for our hypothetical character? What makes her him? Or for that matter, you you? What makes our philosopher turned royal the same entity? One natural theory is that personal identity is constituted by bodily identity - that to be the same person is to have the same body. We certainly do refer to sameness of bodies to identify people. When you greet your family "Good morning" you identify them as your family by the fact that the body you see looks just like the body you wished "Good night" the evening prior.

Let's take a quick romp through Greek mythology to the story of Oedipus who, according to prophecy, would kill his father and marry his mother. Oedipus' father, Laius, wished to thwart the prophecy, leaving the infant for dead on a mountainside. The baby was found by shepherds and raised by King Polybus and Queen Merope in the city of Corinth. Oedipus learned from the oracle at Delphi of the prophecy, but believing he was to kill his adopted father and marry his adopted mother, left Corinth. Heading to Thebes, Oedipus meets an older man in a chariot traveling the opposite direction on a narrow road. Following a quarrel over who should give way, Oedipus kills the stranger and continues onto Thebes. Upon arriving to Thebes he discovers that the king of the city (Laius) had been killed and that the city was at the mercy of the Sphinx. Oedipus answered the Riddle of the Sphinx correctly, defeating it and winning the throne of the dead king and the hand in marriage of the king's widow, his mother, Jocasta.

While this story ultimately ends in tragedy, it illustrates how much importance is played on personal identity. Prior to Oedipus and Jocasta discovering one another's identities, they live in relative happiness, having two daughters (Antigone and Ismene). How important, thus, is personal identity? In the case of Oedipus, had he realized that the stranger was his father, surely their encounter would have ended differently. In the same respect, had he known that Jocasta was his mother, he would not have married her.

Clearly, body is a significant factor in personal identity. But what exactly constitutes having the same body with exactly the same form. Given that we are born as infants and persist through many changes of form, which body or form constitutes the identity of the individual in question? 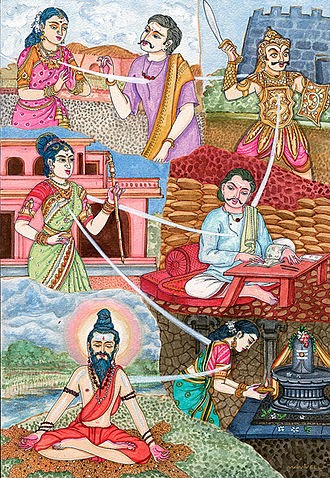 This doctrine is a central tenet of the Indian religions called "reincarnation". In Doctor Who's universe, it is referred to as "regeneration". In physics, the law of conservation of energy states that the total energy of an isolated system cannot change - it is said to be conserved over time. Energy can be neither created nor destroyed, but can change form. Thales of Miletus (c. 550 BCE) thought that the underlying substance of which everything is created was water. In quantum mechanics, energy of a quantum system is described by a hermitian operator called the Hamiltonian, which acts on the Hilbert space of the system. If the Hamiltonian is a time independent operator, emergence probability of the measurement result does not change in time over the evolution of the system. Due to the lack of the time operator in quantum theory, the uncertainty relations for time and energy are not fundamental.

Whichever theory one considers or discounts, the question of personal identity and/or the persistence of the "stuff" that makes up everything we know makes for a multitude of interesting (and entertaining) thought experiments. An infinite number of stories, historical and fictional, can be combined (like particles) in a dramatic unfolding of stories that, albeit different from one another, have an element of sameness insomuch that they are the stories of existence that we tell ourselves about our own existence and the existence of the world in which we find ourselves. Creating new stories highlights the absolute absurdity associated with belief in any one theory, scientific or otherwise, and is thus relegated to philosophical fodder, which can be utilized as fuel for humorous discourse or writings, such as these.