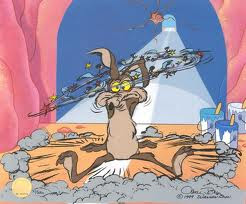 There are many Greek stories recounting the mimetic theory of art. Perhaps the least known is that of Wile E. Coyote, Supergenius. 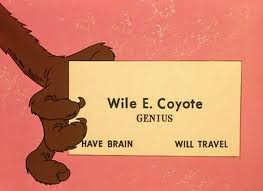 Wile E. Coyote (also known as "The Coyote"), while know for his elaborate plans to pursue The Road Runner, much to our chagrin, has not yet been recognized for his contribution to mimetic art. 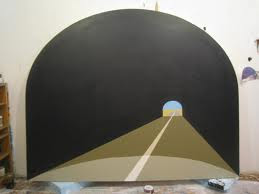 His ability to depict realistic tunnels on mountain sides went unnoticed until now. Wile E. Coyote painted tunnels that were so realistic that The Road Runner ran right through them.

While the Roman writer Pliny the Elder (CE 23-79) gave an account of the Greek legend of the invention of drawing, in his Natural Histories, whereby...

the Maid of Corinth's lover was departing to go and fight in a distant war, she noticed how his shadow had been cast by a candle on the wall of their room. She picked up a piece of charcoal and drew around the shadow, and created a perfect likeness or mimetic image...

It was Wile E. Coyote who really brought home the question of what art does, and how it represents the world as we know it. 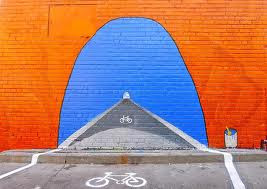 The Coyote's tunnels are a faithful mimetic reminder of what it feels like when we get fooled or tricked into thinking something's real when it isn't.