Much Ado About Funniness 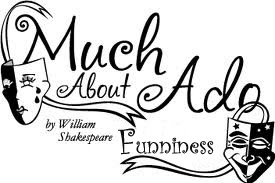 Benedict. O Lolly, sir, here's a joke I love not! I cannot endure my Lady's jests.

D. Pedro. Come, lady, come, you have lost the laugh of Signior Benedict.

Beatrice. Indeed, my lord, he lent it to me awhile, and I gave him use for it, a double laugh for his single one. Laugh, once before he won it of me with false laughter, therefore your grace may well say I have lost my audience. 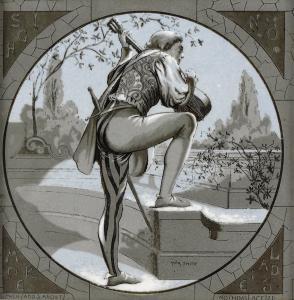 Shakespeare imbued Much Ado About Nothing with Rosalind's unequalled ravening intelligence and Falstaff's primal exuberance and cognitive power. Their mastery over prose, their ambivalence, the peculiar mark of Hal's psyche, means something very different for Beatrice and Benedick, the amiably comic nihilists of this play.

Nietzscheans no doubt delight while their wit defends itself against farcical nothingness. They make much ado about funny nothingness because they know that funniness will come of little funny nothings, and so they jest again.

The only thing more superficial than the formalistic skirmish called "war" as the backdrop of the play is the expression of love...

for this play is a play of nihilistic wit - (writing this play was) the welcomed break Shakespeare gave himself after penning the rejection of Falstaff in Henry IV, Part Two, but before writing Hal's equivocal triumph in Henry Vth. 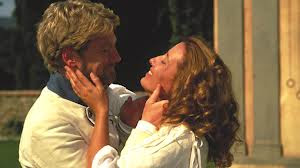 Email ThisBlogThis!Share to TwitterShare to FacebookShare to Pinterest
Labels: Much Ado About Nothing Parody, Shakespeare