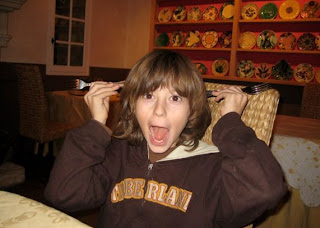 This is my son. He is a goofball! Since he was little, he'd whip out something ordinary and use it in an extraordinary way to get a rise out of others. Whether his jokes make sense or not, his spontaneity captures our attention every time. 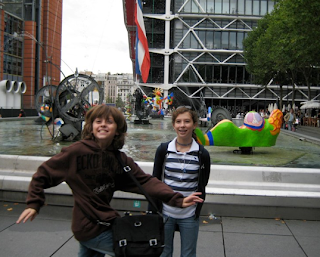 In philosophy, as in other sciences, the categories we examine are weighed toward reflection and away from spontaneity. But a moment of spontaneity, as a concept, is one we can experiment with parallel to other moments of reference in order to afterward envision a philosophy of spontaneous laughter, an eruption of laughter that escapes, seemingly from out of nowhere.


A Funny Moment in Statu Nascendi

But how does a spontaneous moment erupt? From where does it come? And where does it go? For anything to exist it has to first come into being, then occupy a particular position or perceived location, and finally, this position must be supported by a surrounding medium or structure, an environment or material in which it can develop. 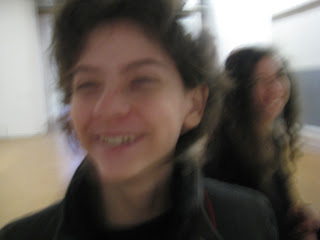 The nascence of spontaneity feels like a boost of creative energie that propels us further and faster along what we ordinarily consider normal time space movement. This spontaneity nearly immediately fills the mind with creative agents before the spontaneous moment itself reaches our conscious awareness of it. 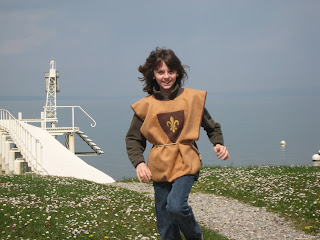 The contrast between courteous, conscientious, or guided laughter and spontaneous laughter or action lies in our different treatments of the moment. The former endeavors to present itself before all other moments, whose 'moments' are defined by the extra-momentary character that goes into making them. Conventional thought and action has its metaphysics in a time already past, outside the precincts of our mind's stage.

A spontaneous moment presents things only as they are at the moment of eruption. 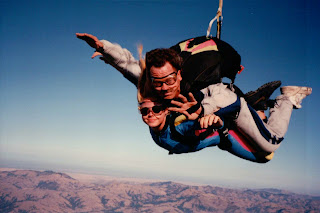 
Spontaneity has a time and a place! Son to his Mother: "Mommy, why do you still wear a single function device?"
Mother: "To save time."

A man at Charles de Gaulle airport is waiting for his flight that leaves at 9 a.m., but he has forgotten his watch. So he looks for someone to ask the time (apparently he forgot his glasses, too, and couldn't look up at the display on the wall). He spots a guy carrying two suitcases and sporting a fabulous hi-tech watch, so he asks him for the time and the guy replies:

- Sure, for which country?

- For how many countries does it tell time?

- All the countries in the world!

- That's nothing, this watch also has GPS, Internet, Cloud, and 150 other features I haven't even learned how to work yet. I can even stream Call of Duty on it!

- That's incredible! I need to get one. I see people streaming their music and videos all day long, but video games, that's amazing!

- Well, actually, the novelty has worn off for me and I don't really have time to play video games. If you really want it, I can let it go for $500.

The watchless traveler whiped out his checkbook and wrote him a check for $500. The seller takes off the watch and hands it to him.

"Congratulations, here's your new watch."
Then, handing the two suitcases over as well, he says, "And here are the batteries that go with it."