This morning, I wanted to find out how one goes about having a street named after them in the United States. Generally, you have to have done something famous, and it helps to be dead. 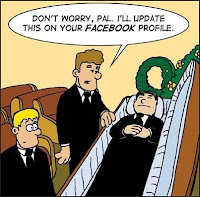 Apparently, if you're still living, there's a chance you might do something embarrassing and the city would have to revoke your street. So, it's always a smarter play to bet on someone dead not embarrassing themselves any further.

Example of a potentially embarrassing photo shoot
In this vein, I came across a petition submitted to District 9's Community Board and the NYC City Council to name the 500 block of West 121st Street after the late comedian, George Carlin. 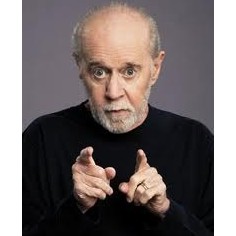 Sign this Petition
Fans and admirers of Carlin's work believe that a street should be named in honor of his work in entertainment, notably comedy. As of this morning, 5,555 out of 7,500 signatures have been collected. The petition was created by Kevin Bartini, described by the Las Vegas Comedy Festival as the "top club comic in New York City." 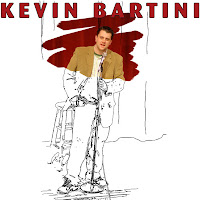 Kevin Bartini
I'm a fan of George Carlin. While admittedly, hurling imprecations for the sake of being obscene is not the "brand" of comedy I tend to enjoy, Carlin's clever use of blasphemous wording seemed to fit his highly creative, no doubt, intelligent comedic diatribes. Carlin was highly skilled in the art of rapid perceptual-cognitive switches (seen in switching from one frame of reference to the other with ease), which allowed even the most mild mannered to enjoy his skits.
George Carlin - "Who really controls America"
*contains explicit language
I urge all those who value their first amendment right (freedom of the press) to exercise it and vote for a man who stood before a crowd and told it how it is (see above clip). In my mind, Carlin epitomized our freedom of speech in many of his comedic diatribes and rants, which accounts for his legions of fans. 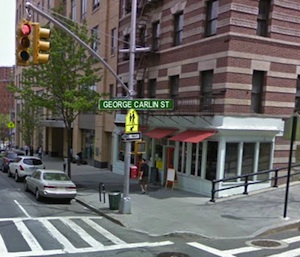