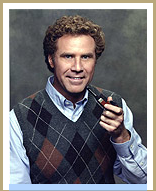 Will Ferrell
Will Ferrell received the 14th Annual Mark Twain Prize for American Humor on Sunday, October 23, 2011. The award ceremony featured a lineup of the biggest names in entertainment, including Jack Black (my favorite), Green Day, Larry King, Nathan Lane, Adam McKay, Lorne Michaels, Conan O'Brien, John C. Reilly, Paul Rudd, Maya Rudolph, and Molly Shannon.
The cast of entertainers saluted Will for his humor and wit, paying tribute to his accomplishments in television and as a motion picture star. Jack Black kicked off the event with a Ferrell-themed cover of Queen's "We Will Rock You" ("Will, will, Will will...rock you!").
The Mark Twain Prize for American Humor is America's foremost award for humor, having been awarded by the John F. Kennedy Center for the Performing Arts annually since 1998. The prize is named after Mark Twain, the 19th century American novelist, essayist and humorist. The prize is presented in the Kennedy Center Concert Hall in Washington, D.C., during which the honoree is celebrated by his or her peers. 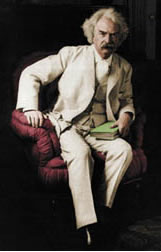 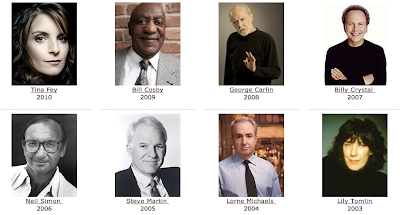 Ferrell, while delivering his acceptance speech, dropped the award bust, shattering Mark Twain's head into shards.
"There are no accidents, all things have a deep and calculated purpose; sometimes the methods employed by Providence seem strange and incongruous, but we have only to be patient and wait for the result."
"The Refuge of the Derelicts"
published in Fables of Man
I'd like to think that Mark Twain, with his uncompromising perspective of social injustice and human folly, would have interpreted the accident (or stunt) with the congenial wit for which he was famous... 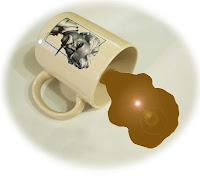 "Let us be thankful for the fools; but for them the rest of us could not succeed."
Posted by Soph Laugh at 7:43 AM