I came upon humor by accident.
You see, I have a secret. I wasn't always this interested in comedy. 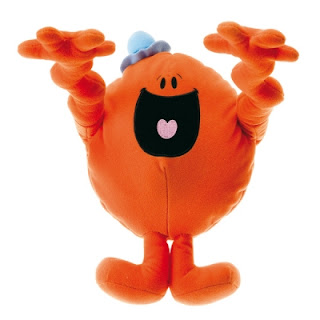 For the most part, I've always had a rather studious bent. My library is peppered with classical literature, biopsychology, and hand surgery, the later having been abandoned when I realized surgical management wasn't my thing (I faint).


Professionally, I have been working with Fortune Global 500 companies since I was in my early 20s. I have a passion for art and antiquities, and the preservation of our global human heritage. I enjoy working with people from all over the world who share in this interest.

My art books include Salvador Dali, Picasso, Rembrant, and Nettler's Atlas of Human Neuroscience, a beautifully informative book offering a visual basis for understanding anatomy, physiology, and other relationships of great importance in medicine. For light reading I have Ramachandran's Phantoms in the Brain, Deepak Chopra's Quantum Healing, or Rumi. As a philosophy major, I don't go anywhere without my pocket Descartes, Plato, Aristotle, Rousseau, and Spinoza. I re-read Descartes every year for fun!

Admittedly, my reading took on a new dimension when I finally opened my mind to pop culture. Of course, it's Blackwell's "And Philosophy" series, but still, these books are akin to reading a comic books in my mind. My love of spirituality has inclined me toward Carlos Castaneda, Anodea Judith and other writers on spirituality and metaphysics; and I'm beyond fascinated by Quantum physics! I'm probably a bit too familiar with the titans of electromagnetic radiation and the energy of light. 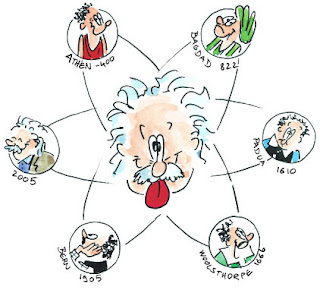 Growing up in a religious family, I have read every book of the bible and still have many of the books memorized after years of unquestioning obedient study. Books on religious analysis, including many by my favorite critic, Harold Bloom, adorn this section of my library, which by the way, like the rest of my library, has been carefully categorized and stored for safe care and handling.


I suppose you could say that humor hasn't been a priority in my life. Don't get me wrong, I like Seinfeld and comedians like George Carlin. I like to think I have a sense of humor, even if it's not a well-developed one.

On December 12th, 2005, I fell. Not the funny slip on a banana peel kinda fall, but a real, painful plummet down some cement stairs trying to help someone evacuate from a fire. In retrospect, there's nothing funnier than finding yourself sprawled out cold on cement steps with a 200 pound man right on top of you!


Once you've fallen, eventually, you have to find a way back up again. It was during this time of frenzy punctuated by absolute oceans of exhaustion and frustration, that I developed a few principles on humor.

First off, just laugh. Stuff happens, as they say. Just let it go. While I realize that there's nothing profoundly complex in these statements, the application begs for resilience and flexibility. I remember sitting in the lobby of Mayo Clinic making up stories about the other patients, many who looked like they belonged in the psych ward. This helped me pass the time. During treatment, I found myself trying to alleviate the tension by telling jokes about death and dismemberment. People went from what seemed like profound depression to giggles and laughter in a matter of moments. I was amazed by how easily it was to go from despair to glee.


Second, share laughter! Laughter is so much funnier when it's shared. I thought it was hilarious that the hospital put our treatment center one room over from the morgue, and I let everyone else know exactly what I thought about it, too! One lady busted her stitches right open, she laughed so hard.

Finally, get a grip, not everything is about you. Most people are blissfully unaware that they've insulted us, hurt our feelings, or annoyed the heck out of us. Let them stay this way. Ignorance is bliss, right? Again, just let go of this stuff. I once had a hospital orderly mispronounce my name, and I was a bit of a snit about it. She showed me. On the way to radiology, she slammed me into the wall and then said, "Oops, my bad."

Clearly, I was a wound-up a bit too tight and the universe decided it was time to give me a chill pill. This April, while wallowing over the fact that I couldn't run anymore, after having been a runner for most my life, I decided to sit down and ask myself if it really mattered.

Sure, I've got a little pooch where my flat belly used to be, but are a few extra pounds really worth all this misery? After all, I'm one of the lucky ones. My having been an athlete is undoubtedly what saved me from being permanently paralyzed. Sure, I've suffered my bouts with pain and gone rounds with pharmacists insisting that I take pain meds, which I promptly flush down the nearest toilet, but none of this is really all that important because I can walk. Heck, I can do more than walk. I can hike and bike and rollerblade. So, in the end, the only thing I've given up is impact sports. No jumping on the trampoline, no running, and no snow skiing.


Big freaking deal! That's right. So what, as they say.

I don't know why humor struck such a funny cord with me, but it did. No one was forcing me to live with such an inflexible mindset. There was freon running through my veins. No matter how much I learned or accomplished, I still needed to laugh. No matter how bad things got, they could get worse. There's wisdom in knowing this...

Could it be possible that I might just have a smidgent of humor running through my veins?