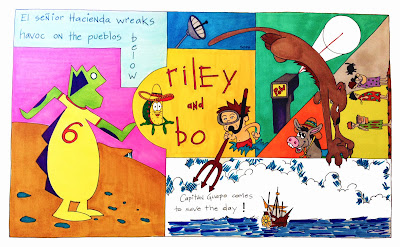 Hacienda exists to wreak havoc on the Pueblos below and El Señor Hacienda Number Six is concentrated on where you live!

When El Señor Hacienda Number Six rose up against the inhabitants of Cuernabaches, Riley and Bo took up arms in their own backyard to ward off the brainless, mindless, slow, vapid creature in the hopes of diverting him from the town before any serious engagements could begin.

Only Little Bo with his trusty red blivet and Riley with her ferocious labradoodle scary face have the flexibility and maneuverability to beat El Señor Hacienda before he makes their Pueblito his base camp.

Little Bo and Riley evacuated everyone into a naturally concealed location... the cave.

By naturally thwarting any and all communication, the cave dwellers must wait until our heroes conquer El Señor Hacienda Number Six and then later, at some point in time when they get around to it, come to tell the Cuernabachians that it is safe to come out.

It is now time to form the Riley and Bo Resistance League. As rebels on the run, Riley and Little Bo must adorn themselves with their finest scuba gear, spread-out in small groups of one, and begin gathering intelligence or scout for opportunities that will prepare them for a counterattack.

When they are not wreaking havoc on local Pueblos, they are reportedly seen frequenting local taco stands. When they arrive, even the dogs leave.

Rather than closing all Cuernabaches' taco stands, they left them open. Riley and Little Bo can now begin to lure El Señor Hacienda Number Six to a secured taco stand where he will meet his doom.

Little Bo, before trying to lure El Señor Hacienda Number Six to the taco stand on the corner of Insurgentes and San Jerónimo, left a well-placed signal that will alert Riley to a friendly presence. From here, Riley can securely radio Capitán Guapo in the hopes that he will come and save the day. 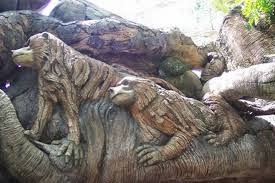 The sign Little Bo left for Riley is visible only upon close inspection. Natural materials are more difficult for El Señor Hacienda to spot, but are surprisingly obvious to labradoodles like Riley.

Never allow El Feo to enter your safe haven without a rigorous inspection. Indulge your paranoia; that puppy that followed Riley home might just be part of the first wave of a four-legged Hacienda invasion. 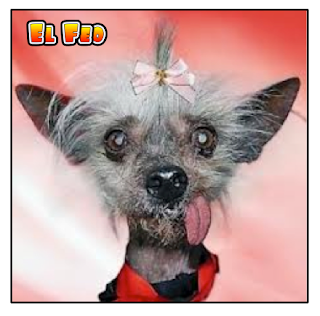 How to Use Directed-Energie Weapons

Inside the frigid heartless breast of every Señor Hacienda courses the sizzling flow of evil electric current. Bullets bounce harmlessly from their steel-like gaze, but directed-energie weapons can cause electrical surges that fuse together their accounting skills rendering them calculatorless. The flow of evil electrical energy is the lifeblood of El Señor Hacienda Number Six; it is up to Capitán Guapo to stop it cold!

Energie weapons are usually nonlethal to little boys and their labradoodles. In extreme cases energie weapons may interfere with electrical activity in the human brain, so don't try this at home, kids.

Little Bo, sending out a signal to Capitán Guapo with his red blivet, summons Capitán Guapo and he sails in on his trusty seaworthy vessel: Valhalla.

While waiting for Capitán Guapo to arrive, Little Bo and Riley busy themselves outside the taco stand with the natural material signal building improvised devices. Their capacitor-charged pipe bombs wrapped in coils of copper wire will do the trick in the event El Señor Hacienda Number Six arrives to Cuernabaches before Capitán Guapo.

If necessary, these CCPBs can create a moving short circuit or a ramping current pulse which will expand in every direction, laying waste to unprotected iPhones everywhere. El Señor Hacienda Number Six and his drones will never see it coming.

Little Bo remembered an episode he saw on MacGyver when with faced with sudden annihilation, MacGyver took a piece of gum wrapping paper, a paperclip, and a remote control battery and fashioned a radio frequency pulse gun to emit a burst of electromagnetic interference.

Since Cuernabaches' tacos are served on parabolic dishes instead of paper plates, Little Bo and Riley improvised again and used Cuernabaches' signature waveguide service setting as a dish at which they could aim their burst of electromagnetic interference.

For every sword there is a shield. Fortunately Little Bo and Riley thought to install high-tech vacuum tubes to avoid using circuits altogether. Like the Russian MiG fighter jets Little Bo played with after school, Little Bo knew that Capitán Guapo also armed Valhalla with a Faraday cage, the metal enclosure around his boat with a BIG SUN painted on it to absorb and harmlessly ground electrical discharges aimed at his extensive underboat lair.
Hardened against the effects of EMP, Little Bo and Riley knew that they must follow Capitán Guapo's good example and equip Cuernabaches properly.


Capitán Guapo and his Thermal Gun

Capitán Guapo's Thermal Gun, a simple directed-energie weapon, can be found all over Cuernabaches. Before evacuating the Pueblo's inhabitants to the cave, Little Bo instructed them to pull out the innards of their microwave ovens, which emit radiation at around 2.5 gigahertz.

Careful not to cook their own flesh in the process, Cuernabaches' inhabitants are not only safely tucked out of the way but they are armed with homemade thermal guns which they can use to destroy all of the electronics at El Señor Hacienda Number Six's base camp.

These homemade thermal guns are not as powerful as Capitán Guapo's thermal gun, but they will suffice, saving valuable time until Capitán Guapo's boat arrives to Veracruz and he then makes his way to Cuernabaches on his trusty burro named Joté. 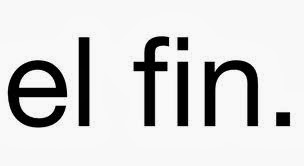 I love it - not my normal read but hey time for change me thinks : )

Thank you for the support and comment. This comic is riddled with inside jokes.

As you know, I experiment with my writing and artwork, both. In my mind, I would rather have people scratch their heads wondering or chuckling than say they've heard it before. Nothing worse than a Joe Miller joke or imitation.

Thanks again for following along this experiment in thinking about humor and all the angles from which one might approach it.