Greek Goddesses are back! 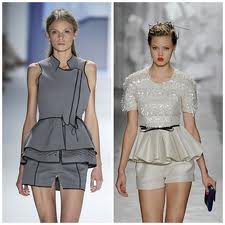 It's officially fall, and that means it's time to revamp your fall wardrobe. Get rid of those feather earrings, save the drab for later, it's time to liven up with head-to-toe patterns; dress up your coziest knits and modernize those old quilted fabrics you simply couldn't resist last spring. 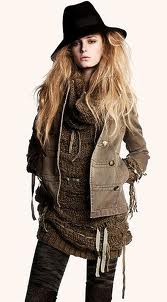 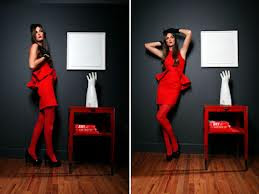 An overskirt, or peplum, is a type of elongated hem resembling a short skirt. It is worn over another garment such as a skirt or pants.

In ancient times, peplums (called peplos) were made from a tublar cloth folded inside-out, which was draped over the waist, providing the appearance of a second piece of clothing. 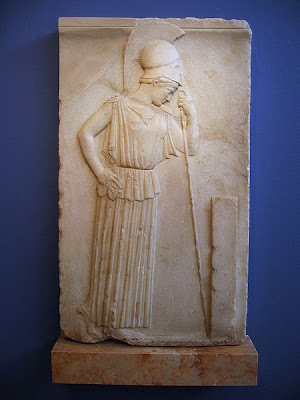 Peplos were all the rage with Greek Goddesses like Athena. She is pictured (above) wearing a plain peplos, ca. 400 BC.

Athena, the goddess of wisdom, courage, inspiration, civilization, the arts and more, was the embodiment of style and popular taste. 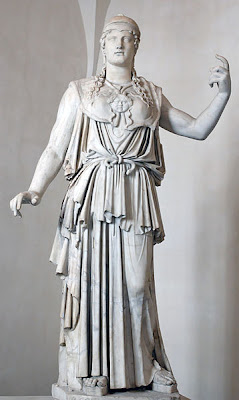 "Whilst protecting the city (polis), one must always look one's best."