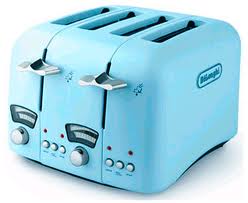 A supertoaster is any toaster that vastly outperforms the best toasters in practically every function, including toasting bread perfectly even without having to push down the lever for a second time. This definition leaves open how the supertoaster is created - it could be digitized, an ensemble of networked gadgets, or something else. 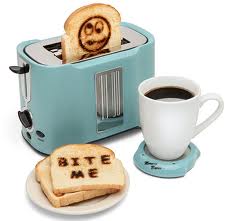 On this definition, Deep Turquoise is not a supertoaster, since it is only smart within one narrow domain (toasting bread evenly), and even there it is not vastly superior to the best toasters (such as those leaving Star Wars impressions on toast).

While the possibility of domain-specific "supertoasting" is also worth exploring, this post focuses on issues arising fromt the prospect of general supertoasting. Space constraints and short online attention spans prevent me from attempting to describe anything comprehensive or detailed on the subject. So here's a cartoon called The Brave Little Toaster instead.

I believe that there is a substantial chance that supertoasters may be created within a few decades, perhaps as a result of growing hardware performance and increased ability to implement algorithms and toaster architectures similar to those that don't burn toast. Given the enormity of the consequences of supertoasters and their impact on breakfast for future generations, it would make sense to give this post some serious consideration even if you prefer bagels.