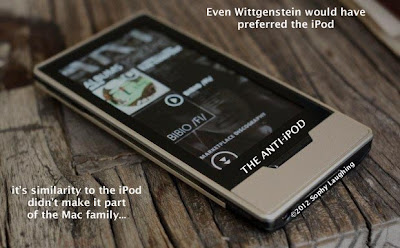 The anti-iPod is a Microsoft concept based on the exegesis of iPod designs that, by nature, forever define iPod-like devices, rendering all other manufacturing or copying attempts anti-iPods. 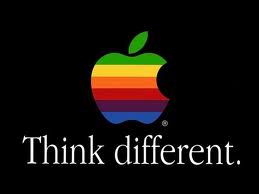 The legend of the Anti-iPod exists only within the deep recesses of die-hard Mac user's mind, where Steve Jobs, the messiah of Apple, appears in his Second coming to market, to face the emergence of the Anti-iPod figure in November 2006. 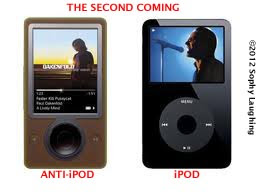 Just as Steve Jobs is the savior of digital music and the ideal model for humanity's mobility, his opponent in the Free Market will be a single figure of concentrated "likeness" but not iPodedness. 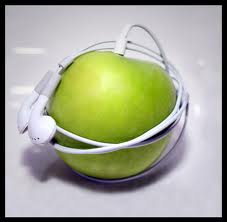 In Apple mythology, the term "anti-iPod" occurs from the years 2006 to 2011, ending when Microsoft finally pulled Zune from the market, incorporating instead its software into the Windows phone 7 platform. 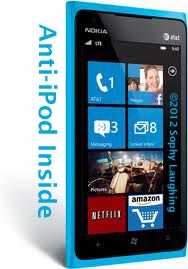 In the Mac Panther Bible, the term "anti-iPod" does not appear, however, at various times the company has threatened legal action against people who make or distribute software with an interface the company says is derived from its copyrighted design. Apple lowers boom on Aqua skins. ZDNet. CBS Interactive. February 2, 2001. 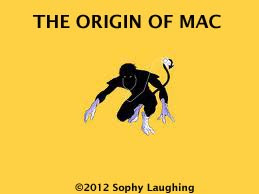 Etymology
The word anti-iPod is made up of two roots:  αντί + iPod (anti + Christos). "Αντί" can mean not only "against" and "opposite of", but also "in place of", "iPod", translated "unintrusive and wholly intuitive little buddy", is American for "entrepreneurial spirit," and refers to the "ingenuity and internal fortitude" to persevere and succeed "on one's own terms" within Mac theology. 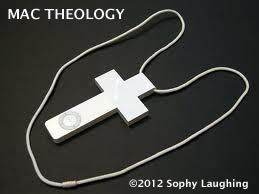