American humor flourished during the time of Benjamin Franklin (1706 - 1790). In addition to his many inventions, Franklin invented the mood for American humor, including the quintessential one-liner. 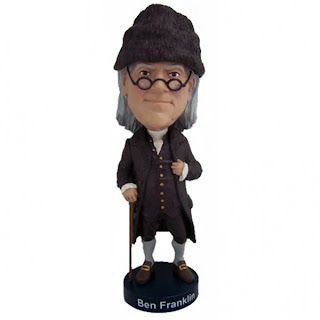 "Beer is proof that God loves us and wants us to be happy"
Franklin is a controversial character, but one thing about him remained, he believed that people mattered more than ideas. His motto was "share the joke," and there were plenty to share in Poor Richard's Almanac. His aim was to create, and then appeal to, all-American humor. The tone of the almanac was considered "smart aleck" (a term Franklin supposedly invented).
Great talkers, little doers.
Hunger never saw bad bread.


A countryman between two lawyers is like a fist between two cats.
Toward the end of his life on 13 November 1789, Franklin wrote, "Our constitution is in actual operation. Everything appears to promise that it will last. But in this world nothing is certain but death and taxes." 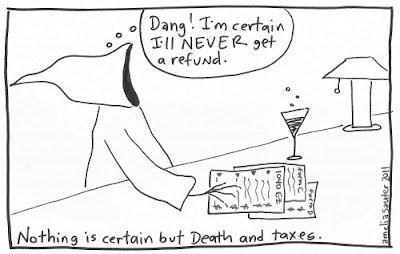