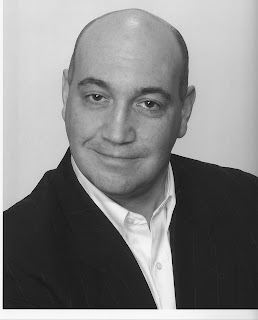 Brian: I was an extremely silly child. I started writing comedy bits at about age 13, not standup, but just comedy pieces.

Brian: I started at a comedy workshop.


3) What was your first experience as a comedian?

Brian: Doing 5 minutes at the Comedy Zone after being in the workshop for a couple of months.


4) When did you first start getting paid?

Brian: I did a emcee gig with Lance Montalto for $25 about six months after being in the workshop.


5) When/where was your first big break?

Brian: Still waiting on the real big break! I've had several small ones - opening for Huey Lewis and The News, JJ Walker, and Tommy Chong, the gig at The Atlantis Resort in the Bahamas, and two cruise gigs for Carnival Cruise Line.
THE ART OF BEING A COMEDIAN

6) Is there a central theme inherent in your humor?


7) Who are your favorite comedians? Why?

Brian: I like George Carlin. I listened to his records growing up.


8) What do you aspire to achieve as a comedian?

Brian: I would love to do TV and/or movies either acting or writing.

TELL US ABOUT YOUR ACT

9) Do you read books on humor?

Brian: I don't read any comedy books, but I do write them.

Brian: I try to keep everything I write even if it's not funny to begin with. I have stuff I wrote over 20 years ago and some of it wound up in my books.


11) How did you come up with the material for your act?

Brian: Once I joined the workshop and learned how to write standup, I started writing everything down I could think of. My writing is more freeform, as I don't have a set formula. When I get angry or upset, I seem to come up with some killer stuff.

Brian: I'm always tweaking or adding to my act. If I find some new wording, or stretch a certain segment of a bit and it works, it stays in the show. I love to experiment with what I have, it keeps my material/act fresh and it almost always results in new twists and tag lines.

YOUR UNIQUE SENSE OF HUMOR

13) Name a few of your favorite movies?


14) Are you active on social networking sites?

Brian: I used to help out in the comedy workshop I attended once I had been there a few years. I also like to help new guys out if they ask for advice.  There's several comics that will call me and run something by me, and I do the same with them.

EXAMPLES OF YOUR WORK

16) Where can we find examples of your work?

Brian: There are videos and pics on my website - Brian T. Shirley


17) Which was your favorite performance?

Brian: The last one I did (about a week ago) was great! R ight now, that's my favorite until I have another one like that.


18) As a professional in the field of comedy, how did it feel the first time you made someone laugh?

Brian:  Magical. It never gets old when you make a crowd roar.

YOUR THOUGHTS ON THE FIELD OF HUMOR

19) How has humor changed since you first started your career?

Brian: My stage presence, delivery and writing has changed. I don't think humor has changed in general, it's the presentation that changes.


20) Have you noticed any trends in comedy?

Brian: Trends come in go in all art forms and comedy is no exception. I could not name all the trends I've seen, they run from the Redneck guys to the def Jam and everything in between.


21) What do you think of humor therapy?

Brian: I think comedy is therapy for the crowd and the performer, you don't need a couch.


22) Are you familiar with laughing yoga?

23) Did you study theater or take classes relating to humor and comedy?

Brian: Just the comedy workshop where I started.


24) Do you hold degrees in fields that are related to humor / comedy or to your act in general?

Brian: No degrees but the one in life.


25) What field or concept has influenced your act the most?

Brian: I think the concept of controlled insanity has influenced my act the most.


26) Do you hold any certificates in humor or play therapy?

Brian: Who needs a certificate!


27) Describe your continuing education into humor.

Brian: My continuing education is to continue writing and experiencing life. When that stops - I'm done (for).

WHERE CAN PEOPLE SEE YOUR ACT

28) Have you ever appeared on film?

Brian: I was in an independent film called " After Hours".


29) Have you written any books on comedy?

Brian: I have two books out "Make Love Not Warts" and Four Score And Seven Beers Ago...". 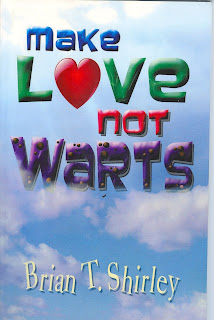 Both are available on amazon.com, booksamillion.com, barnesandnoble.com, trafford.com and my website: http://briantshirley.webs.com/. They can also be downloaded as ebooks.
30) Have you written material for other comedians?

Brian: I've helped some of my comedy buddies with their jokes, but that's about it.


31) Do you collaborate with other comedians?

Brian: Darryl Rhoades and Dave ugly are the two guys I bang stuff off of the most.


32) Where can someone find information on your upcoming shows?

Brian: My website calendar is the best place to see my schedule.

33) Do you believe comedy can change the world?

Brian: I'm not sure if it can change the world, but it can help (us) deal with the world.

Brian: Yes, people who laugh actually have a better healing rate. I made a guy stop bleeding one time by making him laugh.


35) Do you believe in talking unicorns? 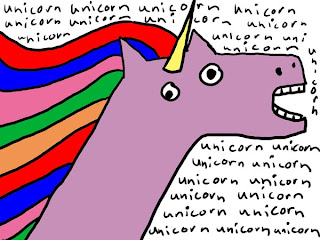 36) Did you have an imaginary friend as a child?

Brian: No, but I did live in an imaginary world.


37) Do you believe there's a higher power involved in our recognition of humor (be that spiritual, biological, or physical)

Brian: I believes Jesus was my savior and he laughed. I think God laughs at us all the time, we're his reality show, the original reality show.


38) Should the U.S. Government have an official Secretary of Humor post?

Brian: The government would really screw that up!


39) If this post became available, would you run for U.S. Secretary of Humor?

Brian: I would run under protest. 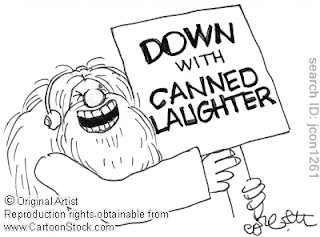 40) What advice would you give someone entering the field of comedy?

Brian: It's not as easy as it looks and if you want to make a lot of money, quit now.
Posted by Soph Laugh at 3:27 PM