There is a debate between philosophers about whether or not "time travel" as it is presently defined is possible. 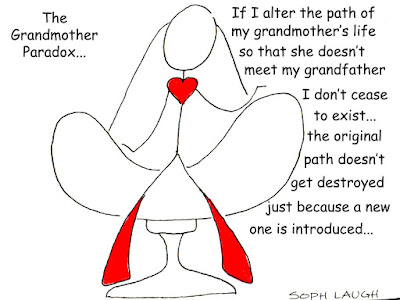 One current assumption is that we travel back on a time thread independent from the unfoldment of events or the rearrangement of cosmic particles, and that every event that has ever unfolded is held in a lattice-like matrix called "time" and that we can travel back along this hypothetical time thread and rearrange the unfoldment of events in a way that the very particles that constitute our being would be disrupted.

In physical terms, the validity of time travel rests on the hypothesis that time is circular or at least independent of the unfolding of all events and the movement of all particles held in It (time), and that particles, including faster than light particles, can move along time, back and forth. 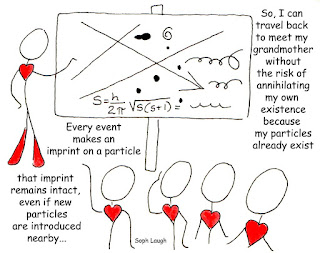 In order to go back in time and disrupt our grandparents' union, or to choose different lottery numbers, we would have to take everyone with us along for the ride, every particle that moved during the course of that time segment would also have to travel back, otherwise we'd conceivably arrive to a time space location and be the only one there.

Just because one individual were to travel back in time doesn't mean that everyone else would be there. To travel backwards in time, everything that constitutes the cosmos would have to make a 180 degree turn and reverse direction, traveling back along itself - or rather, back into itself.

If we were to travel along the thread of time, we would be on top of it, or next to it, i.e., independent from it. That is not time travel, that is parallel dimension. In order for time travel to work the way it is portrayed in science fiction and also in the writings of those who write with "authority" on the subject of time travel, parallel dimensions, a space into which one can enter to travel along a separate Time thread, would have to exist.

If everything that makes up the universe is separate, then it is conceivable to step outside of one space and enter into a parallel dimension where we can rewind the entire unfoldment of the cosmos while simultaneously maintaining our form. In this case we'd be the only being not affected by the rewinding of time. Our body and being would remain in tact.

I'm not saying Time Travel is impossible, I just wanted to walk through the concepts that would have to be in place to wrap my mind around it. 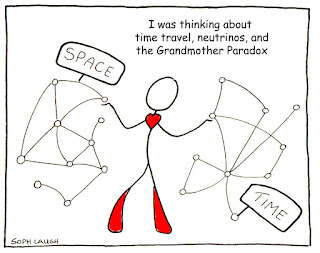