Now, if they say we accept philosophy since it gives discretion to human life and restrains the spiritual passions, by much more do we accept music because it enjoins us not to violently, but with a certain enchanting persuasiveness prevails over the same effects as does philosophy.

Sextus Empiricus, Against the Musicians

In a recent article published by Piano Wizard Academy, young Minh, a 15-year old nonverbal autistic boy was given a tool to learn how to play piano, but it would appear, he learned more than how to sit at a piano bench, point his forearms, and move his fingers along the keys. Minh learned more than how to play the piano, he processed and then harnessed something very powerful: the internal fortitude to move forward, something commonly referred to as confidence.

The internal fortitude this young man naturally possesses is leaping over his autistically-directed neuropathways. There is something about the colors and design of Piano Wizard that enables the brain to make faster connections, which appear to unleash a plethora of other abilities, otherwise dormant were it not for this neural boost. 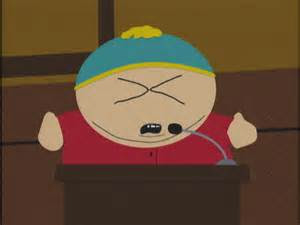 There's an episode in South Park titled "Kenny Dies" (Yes, I know, what's new?). In this episode, Cartman delivers a passionate and motivating speech to the House of Representatives as he argues for the legalization of stem-cell research in order to save his dying friend, Kenny. Unable to ignite the lawmakers' empathy, Cartman begins to sing Asia's "Heat of the Moment," which turns into an all out sing-along between Congress and the audience. This musical bonding moments moves legislation along, despite the fact that the love lyrics have nothing to do with stem-cell research.

From this example, it would seem that music itself has greater value than rote memorization, words, or (what passes for) logical thoughts. This does not surprise us because music doesn't necessarily need to make sense. Music doesn't have to be about autism to help an autistic brain move along and forge a new neural pathway (just like how Asia's Heat of the Moment" moved Congress along).

Anyone who has found themselves moved by a song or ballad knows how powerful can be music's influence. It is no wonder Philosophers, rulers, and parents have tried - often in vain - to control and censor music. Sextus Empiricus (ca. 3 CE) Against the Musicians recounts the power of music as such:

"Pythagoras (582-507 BCE), when he once observed how lads who had been filled with Bacchic frenzy by alcoholic differed not at all from madmen, exhorted the aluete who was joining them in the carousal to play his aulos for them in the spondaic melos. When he thus did what was ordered, they suddeenly changed and were given discretion as if they had been sober even at the beginning." 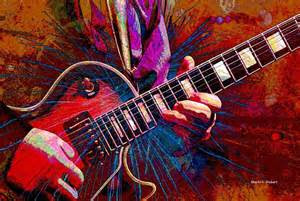 The aulos was an ancient double piped reed instrument often used as a Dionysian instrument of exaltation. It could be considered the distorted electric guitar of ancient Greece. It was a controversial instrument, one even Plato (ca. 427-347 BCE) argued should be banned.

Plato, in his Republic, echoes the lesson of this Pythagoras story, describing seven Harmoniai - a term one might equate to contemporary modal scales. The Ionian and Lydian modes were "utterly unbecoming" - the types of modes ancient Greek parents wanted to keep at bay, away from their children - banished, even!

Although the authenticity of Minh's story is evident in his (now) playing gigs in a special needs band, something his mother would have never dreamed he could do, Plato's Stoic characterization of modes does not speak to the fact that music has the power to alter an entire effect on the listener (and creator). It might very well be the relationship between the different pitches or the correspondence of pitches with the movements of our neural pathways that seems to impact us at the soul or core level.

Whatever it is about music or Piano Wizard that moved Minh along from a quiet place to playing gigs for an audience, the impact seems to have occurred more or less automatically. Say what you will about the power - or limitations - of any product or system, this account is an excellent example of the matters that occupied Greek thinkers, which included music's impact (its ethos), its mathematical properties in relation to the universe, and how these two aspects interact with one another.

Minh's story is amazing in its simplicity: 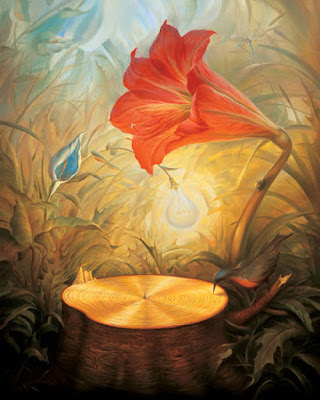 "Music is a crucial part of that which moves forward the human spirit."
~Sophy Laughing