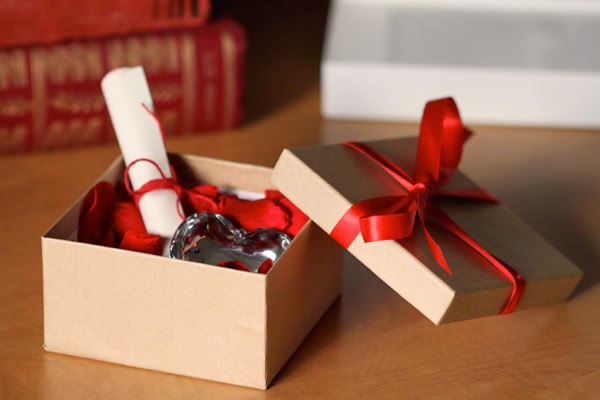 The basic principle of writing is this: it is out of love, and not some traditional form of communication alone, that we write - however much we wish to profit from the enterprise. This is not a return to the romanticized pastoral sensation evoking purity, it's really just out of love that I believe most writer's write. 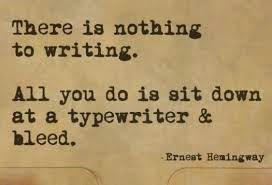 There are some individuals who believe that a writer can simply show up to a job and work eight or nine hours a day writing, forcing their craft onto a blank screen that makes a writer want to throw up. I absolutely fail to see why some individuals impose something on a writer that they would not impose on themselves.

One of my greatest joys in writing is telling myself that no one can tell me what or when to write. Often times the more pragmatic think they are doing the right thing. They want writers to turn their craft into a profession - a dreaded phrase that I can still hear reverberating through my mind as one of my professors paced back and forth across the classroom passionately telling us that we would never become writers unless we could harness our skill and behave as professionals. While many writers might laugh at this statement, stating that professional writers write according to their own personal schedules, there are some individuals who clearly believe that writing is no different than entering data onto a spreadsheet. Granted, these individuals are few and far between, but it just so happens that I bought into what this professor said, and for years was under the belief that I could never become a writer because the idea of "writing on demand" made me ill.

Fortunately I did not have to concern myself with becoming a writer because I already had a career in a different field (I maintained a career while attending university), but the private dreams I had of someday becoming a "real" writer were affected because I imagined writing for a living as something quite dreadful. 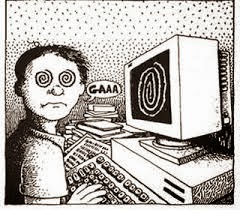 What I mean to convey by giving this example - which few people might relate to, I think - is that if someone who truly loves to write operates from an misconception related to writing - on what writing should be, or how writer's should work - they are losing sight of what motivates writers to write in the first place: a love or affinity for the written word. This is an excellent illustration of the fact that we too often hear of writers who write well, but cannot seem to finish "that novel" they've been working on for a decade or so. Forcing art onto a blank screen or piece of paper isn't writing, it's dictation.

On the other hand, it's entirely beyond me how some writers indulge themselves in playing "the troubled writer" role: self-absorbed, thoughtless, distant souls who "in the name of their craft" (the same goes for artists) indulge in behavior that is so far removed from the normal arrangement of a functioning human being that other human beings oft-times mistake their madness for brilliance when they simultaneously produce a literary work that begs us to question life in ways never before questioned. We may deem that insight "brilliant," but their behavior, at least for me, is barely tolerable and it doesn't bode well in a space of civility. This lack of respect for others manifests itself towards one's friends and family, as well as one's colleagues. It's this lack of civility that affects the mindset of aspiring authors who buy into "the troubled writer" stereotype; waiting for their big break so that they too can indulge themselves in erratic behavior under the justification that their "noble craft" demands it of them. This might sound ridiculous, but I actually had a couple of classmates remark to me that they couldn't wait until they became famous writers for this very reason.

As a guideline in these considerations on writing, the principle of love is excellent. We just need to think about what we really want to write, how we wish to convey ourselves, and which venue is best for our needs and style, and on the basis of our love for writing just go for it. This is the minimalist adage of doing what you love: 'Don't let others tell you what or how to write, just write for yourself.' If someone else enjoys what you write, they will find your work. This training in effort, civility, and listening to oneself, this training in calmness, hard work, and concentration, is part of brining words to life. I believe writing to be an art form derived from inspiration, translation and timing. It should be organic to the overseer.I guess we all have our way of arrival and it is this that truly makes a writer. For a successful writer is never defined by his or her financial reward but instead by the skillsets of conveying small messages so as to hit as many minds as possible. As writers we all get hooked up on ideals; many of which we have learned from our more formative years. This article is a classic example of a professor in a learned position, sharing a maxim that may not translate to another mind with its desired effect. One does not need to be dedicated in the constraints of writing; one must be dedicated to acting on inspiration without permitting it to be tainted by missed opportunity. This is the purity of the organism. Simply put, when the words are right, write them and do not allow procrastination to be your friend.

Be it on a train or in my dreams
In my study or my garden of solitude
May God and the universe make time
For my acts in writing for the world.

I wholeheartedly agree with your summation: we all have our way of arrival [to writing].

Thank you for the poem, as ever it is beautifully penned.