"L'Oraison de Saint Julien" is a tale about pleasure. La Fontaine's amusement for this tale is unmistakable; his vibrant vocabulary and wittiness contribute to our delight as the narrative unfolds. One is especially charmed by the ending of the story; Renaud a naïve fellow, ends up spending the night with a lady instead of staying at an inn. He is a good, earnest and honest fellow, never taking advantage of his new mistress, even when she offers him money; he only takes what he needs. He is good-hearted. We can learn from this that it is not always detrimental to be innocent. La Fontaine is siding with Renaud, although he does warn us that usually he does not believe in prayers and magical incantation; the only words he believes are worthy are those uttered to woo a beautiful lady:

(To charms and philters, secret spells and prayers
How many round attribute all their cares!
In these howe'er I never can believe,
And laugh at follies that so much deceive.
Yet with the beauteous fair, 'tis very true,
These words, as sacred virtues, oft they view;
The spell and philter wonders work in love:
Hearts melt with charms supposed from powr's above! 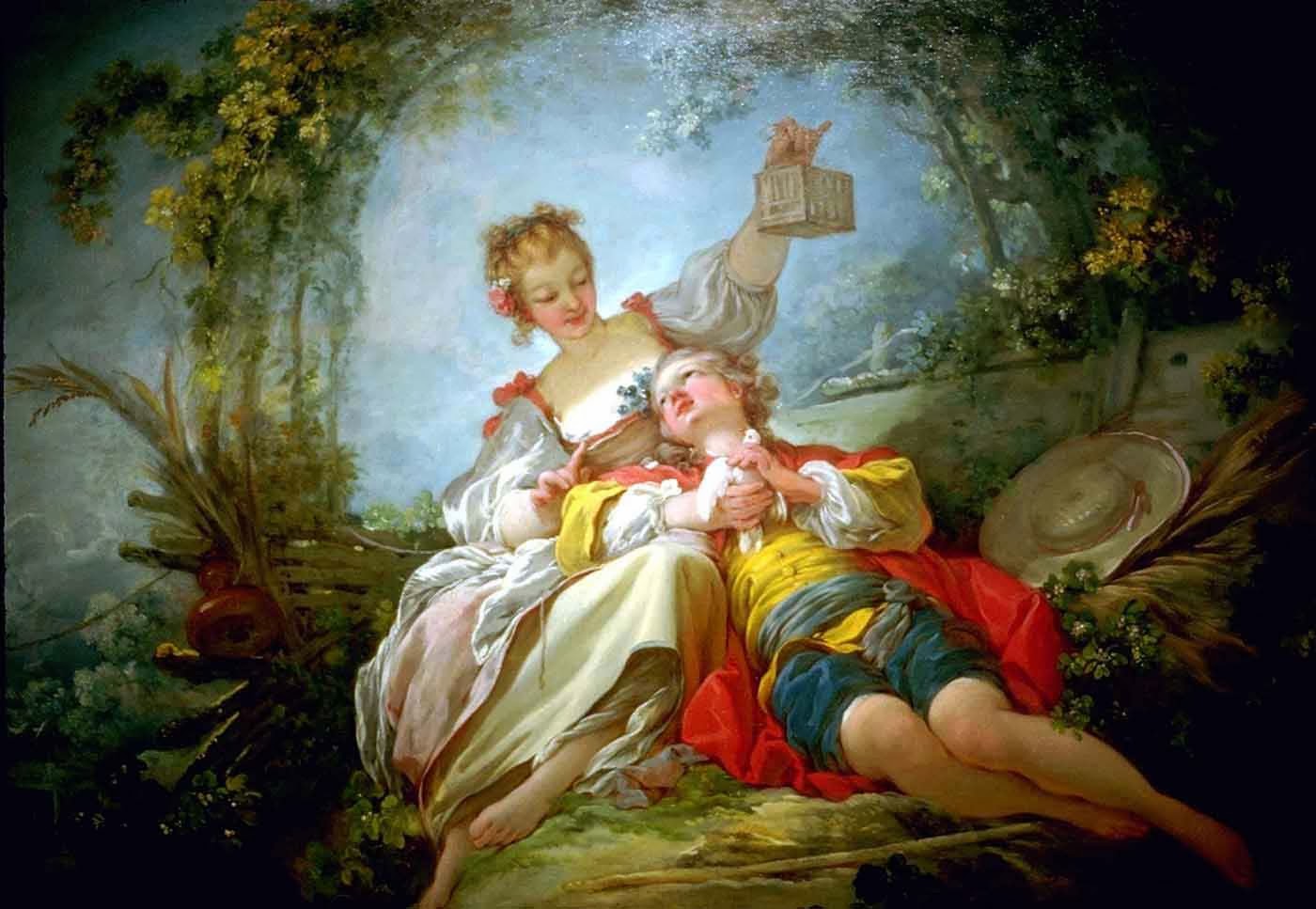 La Fontaine also tells us that the finest moment of the story happened between two sheets; however, he teases us by not telling us explicitly what occurred at that time:

(What further passed betwixt the pair that night
I cannot say, though we'll believe 'twas right.
Between the [bed]clothes when laid, and unrestrained,
Most clearly, Renaud all his wishes gained. 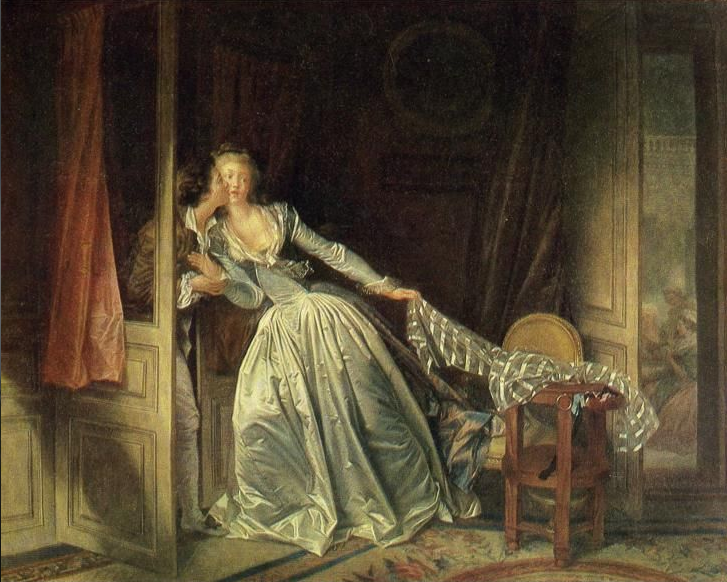 I am of the impression that these moments are as euphorically fleeting as life itself. Of course, comparing a moment of passion to anything metaphorically, be it a moment in time or the nectar of a flower, is perhaps not as enjoyable as the moment itself, which is not as licentious as it is a blissful oblivion to the outside world.

The prologue of rapture and tranquility reflect the sincerity and passion in the hearts of lovers, as well as the curiosity contained in their soul.

Just as in La Fontaine's tale, we cannot see what lies between two lovers ~ nor must this be unveiled to be synthesized by our imagination. We are always mystified by non-revelation. It allows us to dream up numerous scenes following the ones we imagine. 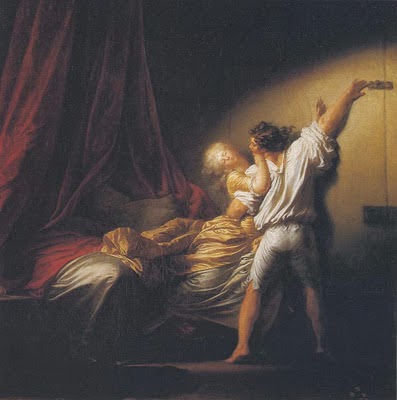 *"L'oraison de Saint Julien" ("Saint Julian's Prayer) is a tale about a positive reversal of fortune. Renaud is a superstitious young man who, after pronouncing a prayer to Saint Julien for protection, is mocked and robbed by rogues who had falsely befriended him. However, the saint listened to Renaud's prayer. The latter ends up much better off, that is, regaining what had been taken from him and additionally obtaining a memorable and enjoyable experience int he arms of a charming gentlewoman.

La Fontaine framed his tale by naming it a prayer to Saint Julien l'Hospitalier (this tale is about hospitality). Saint Julien was a legendary character of the thirteenth century. A hart announced to him that he would kill his parents. Angrily distraught, he accidentally killed them. For penitence, he became a boatman and was kind and hospitable to a leper (Christ disguised) who announced forgiveness to him and lifted him up into heaven. The implicit moral of the story is that one should always be hospitable; one never knows who an uninvited guest might be, as the lady of our story finds out. She rescued and entertained Renaud, who ended up being her lover.