This is going to sound crazy, but there are many mysteries in this word, which we cannot explain, UFO's are one of them. If you're like me, you've probably seen a few documentary clips whereby pilots report strange objects flying close by commercial aircraft. Admittedly, that's a bit disturbing. I'd not want to be in an airplane only to find it taunted and teased by a run-a-muck alien craft. While the official statements are just that, official, the threat to planetary security remains if the public is not made aware of the fact that aliens do not follow our airspace rules. In the event a UFO should ever collide mid-air with a commercial jet liner, with whom would we file the complaint?
I figured it was time to start doing a little UFO hunting on my own. I started with some light stargazing. "Son, may I borrow your telescope?"
"What for mom?"
"I'm searching for UFO's."
Blank stare.
3 hours later... I had mosquito bites, saw nothing, and went to bed.
Since a number of "sightings" have happened during broad daylight, I thought, "Oh goodie, I don't have to subject myself to mosquito attacks, and can simply watch for daylight discs, whose ships are supposedly metallic in color.
I got a crick in my neck after about 20 minutes.
I then volunteered to become what they call in meteorology: a weather spotter. While I gained all sorts of anomalous weather phenomena spotting skills, still, no UFO amid the fluffy cumulus clouds.
Then, a friend suggested that I join a bird watcher's club. This was way more fun than weather spotting, but other than the shrill thrill of watching adorable hummingbirds and busy woodpeckers, I quickly lost interest.
I returned to science and decided to conduct some research on the difference between terrestrial and extraterrestrial objects. I discovered that The Civil Air Patrol (CAP) has a history of identifying the configurations of different types of aircraft (dating back to the Cold War). I very much enjoyed my CAP training and learned some pretty interesting observation skills, but still, no UFO's.
Finally, I decided to drive out to some UFO "Flap" areas (supposedly UFO's can be seen in waves of "flaps" every few years. Flaps are generally confined to specific geographic locations and can last for days or weeks. Result: Nada.
UFO's avoid densely populated areas, so I decided to go on a day hike in the mountains. I packed my gear, snacks, and iPod and headed out. While it was nice to get away from the noise and smog, I can't say I did anything but run out my iPod batteries, eat some energy bars, and text from my cell phone.
Perhaps I tried to hard to spot a UFO. So many report to have seen them, I thought this would be easy. After watching a The 4th Kind, I realized I should count myself lucky, for had I spotted a UFO, I might have been the victim of a drive-by abduction, which in my opinion, would totally stink.
As such, I have given up my quest to spot a UFO and have decided that if I ever do accidentally spot one, I will simply run away. For those of you still wishing to spot a UFO, here's some pictures to help you spot one.
Good luck! ...and beware of probes!
UFO Mother Ship 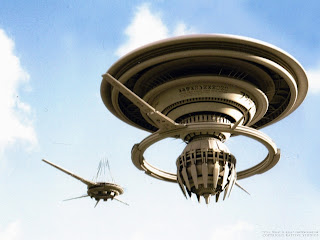 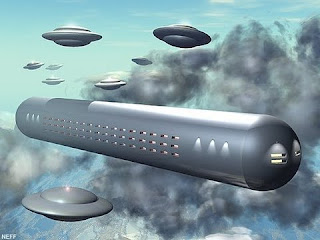 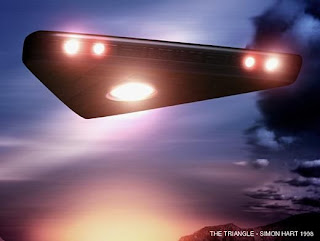 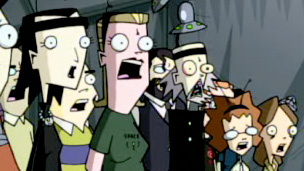 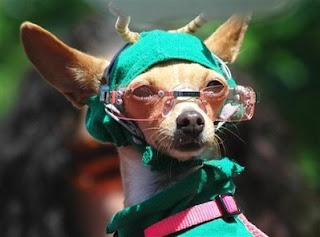 UFO driven by a teenage alien