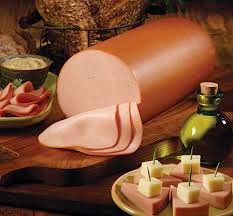 Guaranteed to get Perfect Results Every Time*

In a world filled with bologna for breakfast, no one succeeds like the bologna manufacturer. I mean the person whose very existence is constituted from making bologna. Consider the bologna exec whose entire function is to craft and then endorse the bologna mission statement for his company. Whatever the company does, it does. But then some very clever pro-bologna employee adds the imprimatur of The Mission, which says of what was done that it was done so that the company will be "world class." The pro-bologna union applauds the association, which serves as the locus of value of the acts of the company. Absent the pro-bologna association, this employee would not have a job. Fortunately the association of the company to bologna replaced what would have otherwise been measured against genuine value. The pseudo-value that the association inheres gives value simply for having been done. Going forward whatever the company does is simply that which the ritual claim denotes is done for the mission.

Let us consider another meal ...

Each morning, if we are lucky, we each wake up. Greeting the day with rays of sunshine, torrential rains, or intermittent weather changes, each of these conditions in turn affect the underlining mood, which gives rise to targeted thoughts associated with the Life Mission. The committee in charge of generating sentiment and their corresponding thoughts submits input to the Evaluation Committee each day. In turn the Evaluation Committee, who monitors sentiments and thoughts, and evaluates them according to the Life Mission, assigns a weighted value to each sentiment and thought. Once the Evaluation Committee has determined the hierarchy of the sentiments and their corresponding thoughts, directions are then conveyed to the Execution Team, those agents tasked with executing commands.

Our problem is not that a world filled with bologna for breakfast is unfit for consumption, but precisely that it is inherently consumable. If every employee-customer, thought-sentiment, Evaluation Committee-Execution Team interaction was an instance of good relations because the bologna pledge of satisfaction proclaims it so, then disrupting this situation is very difficult. Evaluation Committee Members, who began only by asking for something more from the team executing the decisions, come to be seen as subject to "dissatisfaction," which conflicts with the Very Little Incentive Program the Execution Team receives for their efforts.

Suppose, however, that you do not care for bologna. Are there any other breakfast choices? If, for example, you have just embraced a Vegan lifestyle, you may be simultaneously wondering how you're going to live without your comforting bologna breakfast. Imagine, if you will, that your delicious, vegetarian quiche is far tastier and more satisfying than bologna, but that you still secretly crave bologna. This is the bologna gambit: We will offer a breakfast alternative that is bologna-free and does a better job than your vegetarian quiche of presenting a bologna-free lifestyle. Here bologna comes full circle: By self-consciously flouting the conventions of bologna and making it clear that bologna-free bologna is not bologna - and yet doing a better job at revealing that bologna, the Pro-bologna advocates remind us what those conventions were for and reveals something about how they've been altered for consumption. Bologna advocates in creating faux bologna are notable for their lack of good for you nutrients. In a world where many people serve themselves bologna for breakfast (and sometimes again for lunch and dinner), good for you nutrients become the sincerest form of sustenance, the only form of sustenance that can cut right through bologna.

But, what if bologna or good for you nutrients are for you an insufficiently inspiring pair of breakfast choices. Suppose you would like more granola or croissants than the bologna-free committee and the pro-bologna union offer. I can only think of one option. Consider the company mission statement and imagine writing one that you actually like. Imagine that you genuinely believe that in light of your current breakfast choices higher nutrition needs to be reconsidered. You might have questions such as these in mind: Is it possible to export bologna to parts of the world in which croissants are generally preferred for breakfast, in the words of the Declaration of Bologna, "bologna is created by our Citizens, deriving its flavor from the consent of the consumers"? Or, given that the principles of higher nutrition have derived, since the eighteenth century, from Sustenance ideals, can we either recover Sustenance ideals we endorse or reorient higher nutrition in a post-Sustenance world?

Crafted with such questions in mind, a Life Mission statement would not look like an Evaluation Committee pledge to serve the ideal breakfast. It would seriously have to enunciate a new cultural mission for higher nutrition and seek to make that mission both palatable and possible for our citizens. If we cannot sincerely endorse currently culturally available breakfast choices, then we must fundamentally rethink those choices. If we lack the courage or the ability to do that, then all we are left with, and all we deserve, is bologna.