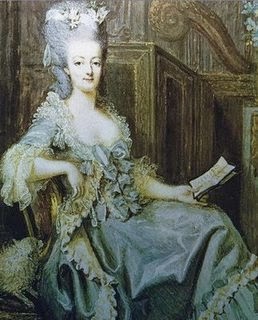 That which reigns above, that on whom all life is dependent, to this alone belongs the superfluous titles of majesty and independence. Whether it is this to which our laws are beholding is unknown, but should it be so, the lessons we learn great and fearful alike must be of its nature. Whether this uplifts thrones or casts them down or bestows its power on rules or takes it back, leaving them with only their weakness, the nature of their circumstances teaches them duties in a sovereign way that is worthy of considering a greater presence. For when this presence bestows power, those with wisdom recognize its fleeting moment, that all their majesty is borrowed, and that, if they are seated on any such literal or perceived throne, they are nonetheless under the mercy of this presence and its supreme authority, should such a notion exist. It is thus that the nature of existence instructs rulers with actions and examples. Et nunc, Reges, intelligite; erudimini, que judicatis terram.

Sometimes it is such that in a single lifetime wisdom is disclosed to an individual by such awesome extremes of human affairs that vanity perishes. Unbounded happiness as well as miseries instruct. The long, peaceful enjoyment of privilege; all the matchless glory given by birth or circumstances combined in one person, who is then exposed to every outrage of fortune that the good cause by which the individual relates is, later, suddenly reversed. Unheard of changes, rebellions, until one is either completely abolished or completely triumphant. Majesty violated by fate under the name of liberty.

These are the lessons that that which reigns above gives, or gives by nature of its nature. We recognize in the world its pomp and grandeur, its illusions and falsehoods. Not knowing from whence they come or why they come, we comfort ourselves as they uplift us during those long successions of prosperity, which experience tells us will be followed by a sudden plunging into an abyss of difficulty.

But the prudent, dignified individual who is the subject of this penning and the recipient of the inevitable vicissitudes of monarchies; instructs herself while forces instruct others by her example. As above stated, forces teach us both by generosity and by means of ill-fortune. In the former the dignified individual is benevolent; in the latter fully courageous. Even when unhappy, the world feels her power through her infinite acts of kindness; after fortune deserts her, on her own she enriches herself with virtues more than ever. So much so, that it would seem it was for her own good that she lost royal power; and if her subjects, her allies, gained or profited due to her misfortune, she in the end served as the most high, the most excellent, and eternally memorable life upon which so many others were built.

Few are aware of the great qualities of those whose lives are resplendent in service to others, whose stories fill our universe with tragedy and triumph. One might feel obliged to make certain mention of past individuals, but it is enough to honor all dignified individuals throughout history. It would be superfluous to speak at length about any of the glorious births of princes or princesses. Instead we shall contend ourselves in the unique praise to which dignity alone belongs.

Email ThisBlogThis!Share to TwitterShare to FacebookShare to Pinterest
Labels: ode to dignity