The Surprising Fate of Rubber Bands 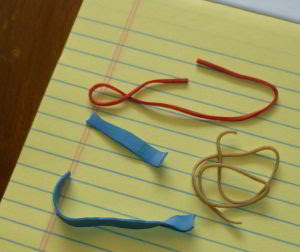 In a Toy Story 3-esque like experience, my teenage son, daughter and I decided it was time to sort through the boxes of childhood toys we still had stored in our garage. Doing so, we came across an assortment of objects that got thrown into those boxes: one of my Montblanc pens (which, incidentally, I'm really happy to have back), hard-as-a-rock, potentially vitrified candy, free milkshake coupons for making honor roll, a sock, and an assortment of melted rubber bands.

My son and I had a rather lengthy dialogue on precisely what had turned these pristine rubber bands into a sticky mess, which had then solidified, ultimatelybecoming as brittle as a poorly cast ceramic vase.

As I ran through high school chemistry lessons searching for a clever answer, my son decided to elucidate me:

"Natural rubber," he began, "is made of polyisoprene chains that slip past each other when the material is stretched. When raw, the substance is too sticky and soft to be of much use, so it is toughened with the addition of chemicals, like sulphur, which creates cross-links between the chains, making the rubber stiffer and less sticky. According to all the "How It's Made" episodes this kid has watched growing up, this process is called vulcanization.

"Over time," he continued, ultraviolet light and oxygen in the air react with the rubber, creating reactive radicals that snip the polyisoprene chains into shorter segments. This returns the rubber to something like its original state - soft and sticky. Meanwhile, these radicals can also form new, short cross-links between chains. This hardens the rubber and eventually it turns brittle (see above photo). Any vulcanization agents left behind, far less cunning than ninjas, (he chuckled over his clever aside) contribute to the process." 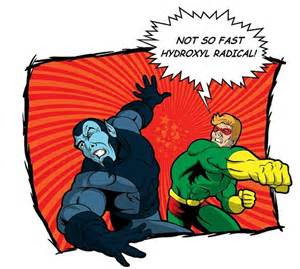 "Whether a rubber band goes stick or hard depends on the relative rates of these processes, and these rates in turn depend on the rubber's quality (additives, fillers, dyes) and how it is stored. Heat and light speed up the reactions, and the presence of strong oxidizers such as ozone creates even more radicals. The fate of all rubber bands depends on the temperature in the room, and on whether you have a desk by a window or near a machine such as a copier that creates ozone." 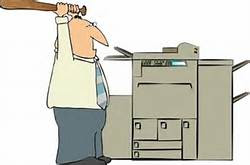 Elucidating, he offered this final bit, "Polymer chemistry of rubber is pretty messy, so it is actually difficult to answer precisely. If we put some rubber bands in the refrigerator, the chemical reactions would be slower, if we put them on top of the desk with the light shinning in on them, it will speed up. The reaction rate is about double if an 18°F  rise in temperature. Of course, we can't forget quality. Designer rubber bands have a different chemistry than inexpensive office brands. There are so many factors, including whether or not the rubber band was stretched out in a rubber band gun, that really, I just can't say precisely why these particular rubber bands melted."

In slight awe, all I could say was, 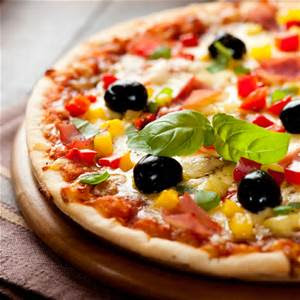 Email ThisBlogThis!Share to TwitterShare to FacebookShare to Pinterest
Labels: rubber bands, why do rubber bands melt