The Birth of Reality 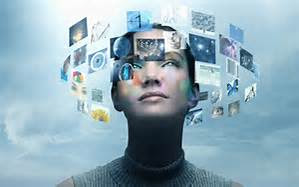 The tech world is buzzing over VR, virtual reality; that immersive multimedia or computer-simulated reality, replicating an environment that stimulates the sensation that one is present in a real or imagined place, allowing the user to interact with that world. In some cases, sensory experiences, such as sight, tough, hearing, and smell can be artificially created.

But where is this reality? ... not just the chosen landscape, not just the "option" one chooses of visiting a foreign city or futuristic looking world; but where, exactly, is the location upon which all other realities are built?

Through which door do we enter? 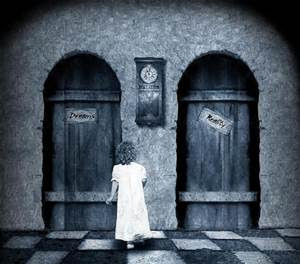 Reality was one inhabited by a merry and innocent people, mostly shepherds and tillers of the earth. They were republicans, primitive and simple souls; they talked over their affairs under trees, and the nearest approach they had to a personal ruler was a sort of priest or white witch who said their prayers for them. They worshipped the sun, not idolatrously, but as the golden crown of their creator whom they saw almost as plainly as the sun. 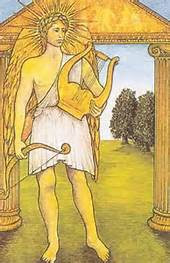 Legend has it that the priest was told by his people to build a great tower, pointing to the sky in salutation of the sun god. He pondered long and heavily before he picked his materials. He resolved to use nothing that was not almost as clear and exquisite as sunshine itself, nothing that was not washed as white as the rain can wash the heavens, nothing that did not sparkle as spotlessly as that crown of the god. 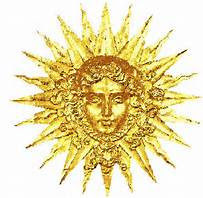 He would have nothing grotesque or obscure; he would not have even anything emphatic or anything mysterious. He would have all the arches "as light as laughter and as candid as logic."  He built the temple in three concentric courts, each one cooler and more exquisite than the one before. For the outer wall was a hedge of white lilies, ranked so thick that a green stalk was hardly to be seen; and the wall within that was of crystal, which smashed the sun into a million stars.

The wall within that - which was the tower itself - was a ring of pure water, forced up in an everlasting fountain. Upon the very tip and crest of that foaming spire was one big and blazing diamond, which the water tossed up eternally and caught again as if it were a ball. 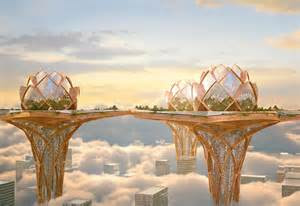 About this time, the island was caught in a swarm of pirates, and the shepherds had to turn themselves into rude warriors and seamen. After years of horror and humiliation, the shepherd-soldiers began to triumph because they did not fear defeat. Finally, the pirate invasion rolled back into the empty seas and the land was delivered.

But for some reason, after this period of fighting, men began to talk quite differently about the temple and the sun. Some said the temple must not be touched, because it was "classical" and "perfect". But others answered: "In that, it differs from the sun, that shines on the evil and the good and on mud and monsters everywhere. The temple is of the noon; it is made of white marble clouds and sapphire sky. But the sun is not always of the noon. The sun dies daily; every night he is immersed in fire." 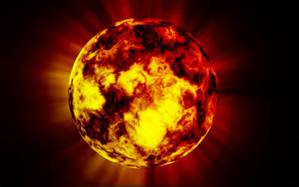 The priest had taught and fought all through the war, and his hair had grown white. Reasoning along new lines, the priest put down the following observations: "The sun, the symbol of our father, gives life to all those earthly things that are full of displeasure and also full of energy. All the exaggerations are right, if they exaggerate the right things. Let us point to the heaven with tusks and horns and fins and trunks and tails, so long as they all point to heaven.

The awkward praise God as much as do the beautiful. The frog's eyes stand out of his head because he is staring at heaven. The giraffe's neck is long because he is stretching towards heaven. The donkey has ears to hear - let him hear the music of heaven." 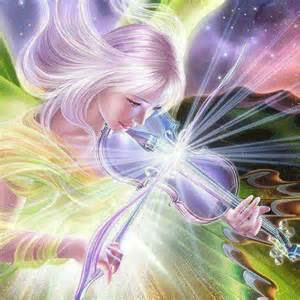 And under the new inspiration the people of Reality planned a gorgeous cathedral in the Gothic manner, with all the animals of the earth crawling over it, and all possible awkward things making up one common beauty, because they all appealed to the god.

The columns of the temple were carved like the necks of giraffes; the dome was like an homely tortoise; and the highest pinnacle was a monkey standing on his head with his tail pointing at the sun. And yet the whole was beautiful, because it was lifted up in one living and spiritual gesture as one lifts their hands in praise of life and glory and love.

But this great plan was never properly completed. The people had brought up on great wagons the heavy tortoise roof and the huge necks of stone, and all the thousand and one oddities that made up that unity, the owls and the crocodiles and the kangaroos, which hideous by themselves might have been magnificent if reared in one definite proportion and dedicated to the sun.

For this was Gothic, this was romantic, this was spiritual art. And that symbol which was to crown it all, the ape upside down, was really human for humans are upside apes, bipeddling their way to the heavens. 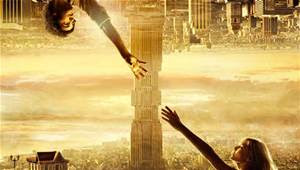 But the rich, who had grown riotous in the long peace, obstructed the erection, and in some squabble a stone struck the priest on the head and he lost his memory. He saw piled in front of him frogs and elephants, monkeys and giraffes, toadstools and sharks, all the awkward things of the universe which he had collected to do honor to God.

But he forgot why he had collected them. He could not remember the design or the object. He piled them all wildly into one heap fifty feet high; and when he had done it all the rich and influential went into a passion of applause and cried, "This is real art! This is Reality! This is life as we know it, things as they really are!"

... and this is how reality was born. 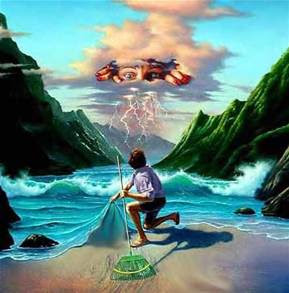 Thank you G.K. Chesterton, for your Introductory: On Gargoyles", in Alarms and Discursions, London, 1910; for without you, we would not know the origin of Reality.