A Little Romp Through My Personal Library


I only have one criteria for selecting reading material. It must connect me with a sentiment that is pleasurable for my brain to contemplate. 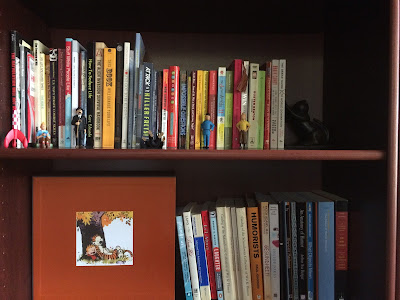 Arguably we are influenced by what we read, and in some cases, by what we don't read. Generations of intellectuals have fostered an appreciation for wisdom writing, for those subjects that inspire personal reflection, a quest for sagacity and insight that might bring solace and clarity to the many experiences of living. 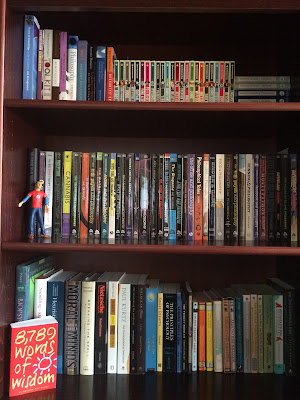 There are also those reading experiences that help us learn about the triumph of time. We as an interval, and then our place is no more. 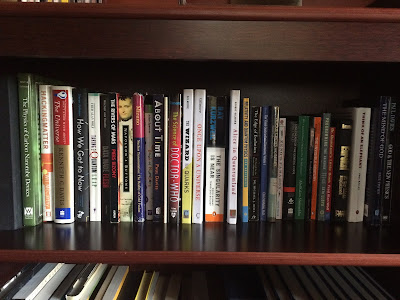 But what is the use of reading, if it can be reached only in solitude, or by reflecting on our reading? We know that most of what we have ever learned flies out the window when we are in crisis. How do we maintain the integrity of that which we learn and make it our own? 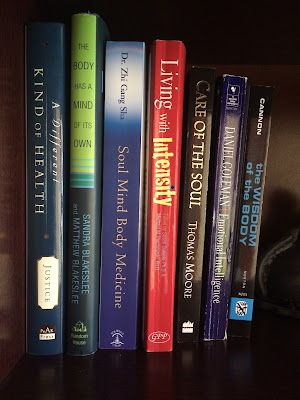 For me the answer to this question has been writing and reflecting about those things I introduce into my brain. Naturally I am more influenced by those subjects on which I have a deeper understanding, but new information is difficult to resist. It introduces my brain to an unknown protagonist that expands my insight into the inner worlds of other people.

Since childhood, I have been comforted by literature. Adventures in imaginary lands, whose landscapes I know as well as any contemporary city in which I have lived.

Frolicking through King Solomon's mines, discovered by Allan Quatermain's expedition to Kukuanaland, Africa, in 1884 ... the Three Witches Mountain, The Silent Ones, the Place of Death, and the secret door, opened only by means of a mysterious device, which leads us into the Chamber of Solomon's Treasure, where over four hundred elephant tusks, trunks full of gold pieces and uncut diamonds of many sizes lie scattered ... 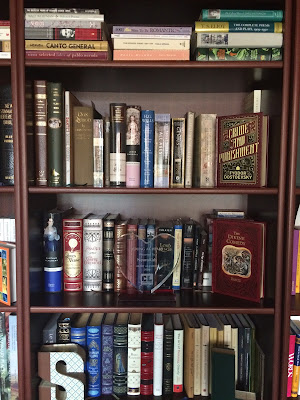 Closing that door, I might instead visit Poe's Island of the Fay, that small, round island in a river, near a waterfall, somewhere in the mountains of the United States, where the grass is short, springy, sweet-scented, and interspersed with asphodel. The trees are lithe, mirthful, erect, bright, slender, graceful as Eastern figures, with a smooth, glossy and particoloured bark.

I meander, over to the eastern end of the island and lie in the blackest shade to contemplate the lifecycles of the Fays, which are brief; every time they go from light to shade, it is as if they went from summer to winter. 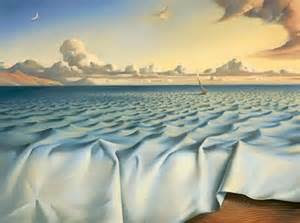 Whether visiting Moreau's island or Middle Earth, the stories shared and lamented throughout history transfer our innate disenchantment, the one that sends us questing for meaning, and exchanges it for the tragic vision of the Iliad or the superb primal authority of ancient wisdom writings that draw us out of our egocentric predicament with their rhetorical hooks. 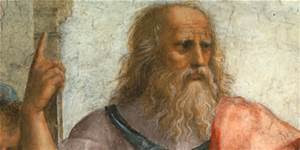 A variety of subjects evoke my many internal passions, but none bring me home like the writings of Plato, by which I cross the metaphorical sea to Socrates and join his expedition for wisdom. Never have I read so subtle an ironist than he.

Only Homer himself stood before Plato, and that comment is based by strictly literary criteria. The mental fight, however, Plato won hands down. Homer was a teacher of the Greeks, and Plato the enigmatic chronicler of western enlightenment.

The Aristophanesian farces, i.e., the Clouds (424 BCE), today's modern equivalent of what often passes for humor, are surely good for a laugh or two, but are, in the end, nothing more than a genial dismissal of human failings in which I find no solace.

What captures my attention most is that superb dialogue, the sublimely ironic fiction, a Deuteronomian hero that introduces me to what true mastery over an unsurpassed control of irony looks like. This catches my sense of urgency in my own determination to triumph over the experience of living, even while held within it. 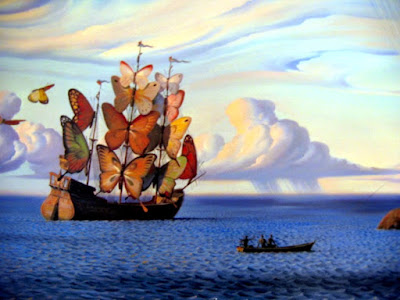 A capsule of our inner life is largely given to us by what we read. The literary arts evokes that ancient quarrel between poetry and philosophy (Republic 607B), and snatches lyric and comic verse that have nothing to do with philosophy but that do speak of pompous and arragont types who may win a reputation among the undiscerning.

The turning point is digesting that which we intellectually consume to make its presence meaningful, to improve our behavior and reminds us that even the best writers can creatively misread their own sharings.