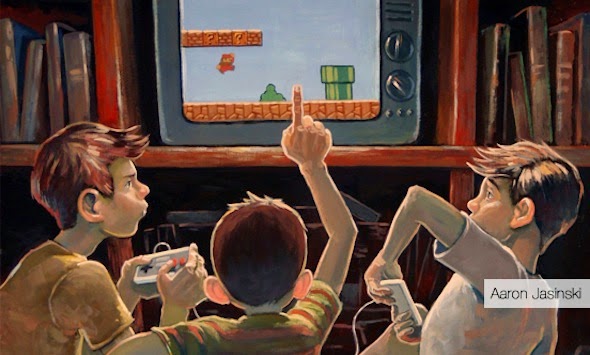 The Good Life   according to many is one that honors the "self" while honoring the "selves" of others. When our selves (souls) are honored, symptomatic coping skills need not surface.

It is impossible to define precisely that which honors each individual soul as definition is an intellectual enterprise. Intuitively, we interpret the concept soul as one that has to do with genuineness and depth, as when we say certain music or people are soulful. Imagining soulfulness, we think of life's particulars - good food, satisfying conversation, true friends, and experiences that touch our hearts and remain with us like old friends throughout the rest of our days.

Whatever the soul is or is not is not the focus of this article. Thus for our purpose here we shall simply state that the soul communicates our innermost feelings and the intimacy revealed in our love for and attachment to others.

Today there are a thousand and one - or more - cures for everything that ails us. The unspoken but clear salvational tone is one that puts all weight onto the shoulders of the individual. If one can learn to be more assertive, more loving, less angry, more expressive, thinner, smarter, whatever the goal, one's troubles will vanish. Self-help is the social science weaving through the wires that connect the globe. Each generation has its Abraham Hicks or Eckhart Tolle telling the world how to "be" and thus emerge more complete and transcended than be-fore if only one (1) reads their book; (2) strives toward similar insights and "spiritual" experiences; and (3) follows a scripted path toward enlightenment.

In the last twenty years I have read hundreds of such extraordinary accounts ranging from Carlos Castaneda's books on The Teachings of Don Juan to Kyriacos C. Markides's Magus of Strovolos, the rich and intricate world of Daskalso the healer whose work is firmly rooted in absolute love, and whose aim is the expansion of reason and spiritual evolution.

This is the aim of all mystics.

It is as if the western mindset believes that with enough self-examination one can emerge whole. Of course one might argue that if wholeness is a response to any such stimuli, that it must have predated the examination.


When I consider "reality," truth recedes from my grasp. By "truth" I mean that definitive status of evolving reality that satisfies my opinions... for I associate reality with the cognition that gives me access to it - whatever It is.

It is cognition that western minds associate with being truth and reality. The sensory, emotional, mental, and imaginative circuits of our cognition and its powers form the basis by which we associate all things.

If you think about it, realms of reality look an awful lot like self-generated perceptions and their associated projections of stimuli changing form.

Following self-generated projections quenches the being's thirst for fulfillment. Thus implied in the word "fulfillment" is the western mindset associating truth with the unfinished condition of reality.

Truth is associated as being facts, statements, promises, and the sum of things. Inherent in fulfillment to create truth is the notion of separation. The very embodiment of matter results in a perception of separation (I am here and you are there), but if one feels as if one is occupying a specific space within the realm of reality, then inherent in this thought is the belief in a soul-like force or entity, an essence capable of filling the space one is occupying.

No facts, statements, promises, beliefs, opinions, or sums of things can define the enigma of truth. Thus truth is our truth, it is what we claim It to be. The very meaning of reality held in this perspective is that which fulfills our desires and validates the opinions we associate with those things we define as reality.


The ancient Greeks in their earliest existence accounts, epics, and drama, distinguished metaphysical questions of humanity and their answers - which were found to be intrinsic to the experience of living a good life. The core of the experience being one of happiness and mentally conceived, revelatorial recognitions of perceived experiential perceptions.


The notion of truth stretches our perception of It beyond our grasp. It is for this reason we call It truth, i.e., the unfinished condition of reality.

"I don't know" is then the highest human expression of "truth". If one admits that one does not know, then one instantly knows one is correct in their not-knowing. This is knowledge.

Similar to how the Sirens enchanted the mariners with their song or how Odysseus exercised a spell on his hearers through his eloquence as a bard1, we ensorcell ourselves into thinking - and thus, believing - that by being sensitive listeners, thinkers, and feelers that we have the means to decipher further horizons of "reality" because of our investigations of this one.

And then what would we have? Our so-called truth label hanging on the outside of our sweaters looking a bit silly. 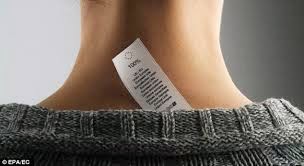 Returning to the Good Life

I thus return to the Good Life by nature of my own beguiled enchantment, the speciality associated with human thinking. Striving in the name of truth toward that which is unknown enchants me into thinking that perception flowing from the human condition can illuminate the grandeur of all forms of reality. The crystallization found in cognition and expressed in human discourse is that which keeps me blindly striving outward toward new truths.

Intriguing is what we encounter along the way. Delightful, even. But those sensations and mentalizations are a result of the mythos we tell ourselves. Here, epiphanies become our most revered experiences; intensities of physical pleasure our most enjoyed experiences.

The space between experiences and their epiphanies, pleasures or hurts is the space that feels freer. It is in this space that we first conceive of and incline toward those things we associate with living the good life. We may choose to feel compassion and humility through her corresponding stimuli: pain and suffering; or we may choose to feel empowerment through her corresponding stimuli: pushing back. Whatever experience from which we allow ourselves to know is one that was initially inclined toward as a result of an earlier sentiment.

Whether sentiments flow exclusively from our present manifestation of existence is unknown. But if by nature of our being held within this cosmos means we are "like" this cosmos, the Big Bang that brought us into existence, is similar in nature: at first there was nothing and then it blew up (into us).

Whatever the nothing was that predates our present existence, It is something that was notably present before we blew up into being. The duration of any such existence thus indicates the possibility of more existences to come, and well as others already having been.

So the question of how to live a good life isn't about finding "truth" ...

Living a good life is about finding an authentic space from which to experience many truths ... all truths. Irrespective of whether or not we are pleased with that which we discover is another matter, entirely. The point here is that if the good life (for you or me) means feeling happy, then we simply focus on and explore the complexities associated with the space between happy moments so that when in the "in between spaces" we can incline toward more of these happy moments which allow us to take pause so that we might enjoy them - allowing ourselves to revel in each happy moment prior to heading toward a new happy moment (i.e., "truth") will hopefully bring about more such experiences.

This is easy stuff to consider. What would be tasking for my mind would be to turn this post inside out and consider its opposite form as another form of reality. The question of whether or not A Good Life would be the product of such an examination or experience remains, for now, unanswered.


1  George B. Walsh, The Varieties of Enchantment. Early Greek Views of the Nature and Function of Poetry (Chapel Hill, London: University of North Carolina Press, 1988.)