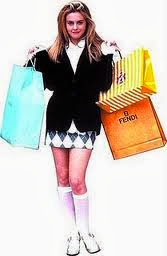 The houses are haunted
By white night-gowns.
None are green,
Or purple with green rings,
Or green with yellow rings,
None of them are strange,
With socks of lace
And beaded ceintures
People are not going
To dream of baboons and periwinkles.
Only, here and there, an old sailor,
Drunk and asleep in his boots,
Catches tigers
In red weather. 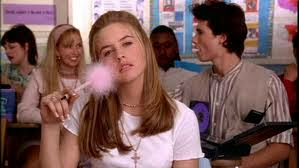 Like California Girls, this poem appears (to the extent that it does appear) as a model of absence, the very mirror of meaning without means. Repeatedly the language defies its worth, unmakes itself at the point of poetry - while poetry, being a metaphor for creation, dissolves in our eyes, an unshed tear. 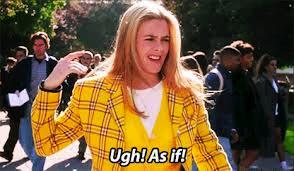 Its absence is complete, and eloquent, if overstated; but the form is there like the grin on a California Girl's face while out shopping or getting a mani-pedi with friends. What might at first blush seem shallow and empty is indeed the presence of something ...for absence is poetry. 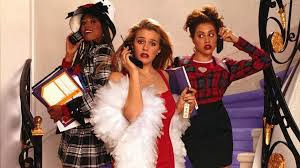 A poem, however, is not a metaphor, altogether the title in conjunction with the poem suggests an ambience of melancholy, a not unmetaphorical condition experienced by many during the holiday season which leads to the writing of a poem rather than a blog post like this one.

The author explores this mood at some time other than ten o'clock, perhaps during the writing of the poem. Time is a metaphor, both in the poem's writing and in its reading;

it is not a ten o'clock poem but a poem about Time, specifically ten o'clock (or rather, ten p.m. - although it feels like three a.m., or even three-thirty).

This shows the difficulty in assigning a time to anything - significant, because Time metaphorically bespeaks the inexorable beating of the heart and lungs, consumption (i.e., shopping) and desire (enjoying life), or the arterial flow of rolling with one's hommies.

We save time, keep time, make time, lose time, and invent time, but it is something we have (once we've discovered we have it) in diminishing quantity. The poet's title is a ruse, just as is the notion of Clueless as a metaphor for California Girls... the poem is entirely too carefree, too fanciful, for disillusionment. Not the poet, but Time herself, is disillusion, the pretence of its own existence. Or in the case on onlookers, the pretense of thinking one knows the extent of an individual by how they are portrayed (or even at the surface level, behave) publicly.

As with California Girls, there is metaphor in it. The phrase "California Girl," which recalls us to our days spent in high school, means more than words alone can connote. Is this "California Girl" nothing more than an empty-minded-party-going-shop-a-holic-in-high-heels or is she something more?

The poem's purpose here, in the wake of metaphor, is not what it is and says but what it does not say, or says not. Which it does. For instance, it is, but is not, about night-gowns ... just as being a California Girl is and is not about shopping for them. 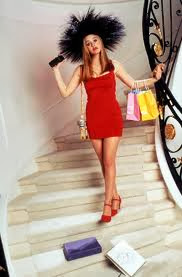 So I replied with my definition of myth. “No, myth is not a lie. A whole mythology is an organization of symbolic images and narratives, metaphorical of the possibilities of human experience and the fulfillment of a given culture at a given time.”

This went on for about twenty minutes. Around four or five minutes before the end of the program, I realized that this interviewer did not really know what a metaphor was. I decided to treat him as he was treating me.

“No,” I said, “I tell you it’s metaphorical. You give me an example of a metaphor.”

He replied, “You give me an example.”

I resisted, “No, I’m asking the question this time.” I had not taught school for thirty years for nothing. “And I want you to give me an example of a metaphor.”

The interviewer was utterly baffled and even went so far as to say, “Let’s get in touch with some school teacher.” Finally, with something like a minute and a half to go, he rose to the occasion and said, “I’ll try. My friend John runs very fast. People say he runs like a deer. There’s a metaphor.”

As the last seconds of the interview ticked off, I replied, “That is not the metaphor. The metaphor is: John is a deer.”

And the show ended. What does that incident suggest about our common understanding of metaphor?