The Rise of Comics 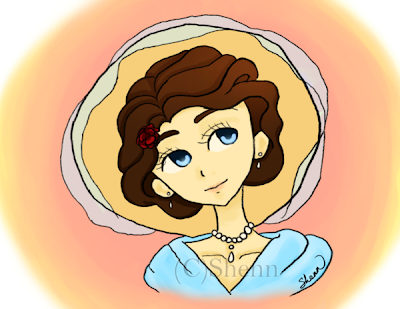 Colored by the Sun
© Shenn


Comics are a potent symbol of change in the way we create and consume media, one which we're just now beginning to explore in terms of deeper philosophical significance. Comic artists, like 17-year old Shennendoah "Shenn" Hollsten, have been skillfully tackling the deep questions raised by society, with a refreshingly diverse and engaging range of aesthetic styles. 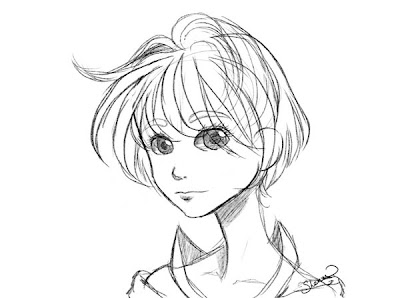 Brilliant and whimsical in turn, Shenn's creations entertain, instruct, and, above all, expand the imagination. Her work demonstrates the power of disciplined thought to shed light on one of the most widespread and historically fascinating aesthetic practices. 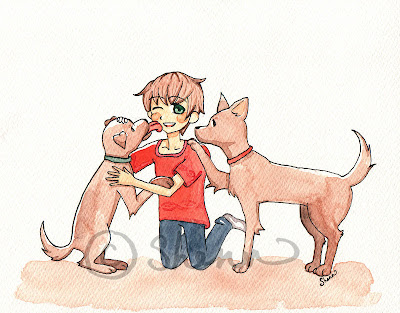 Boy and His Dogs
© Shenn

Recently I had the privilege of interviewing Shenn for this article and found her insight into the deeper philosophical meaning of comics tantalizing. I realized how little attention this area of study has received, if any. When I began researching the topic of comics, I confirmed to myself that very little, in terms of scholarly work, had been shared on the subject. If fact if you didn't know any better, you'd think that there were only three countries that have ever produced comics: the United States, Japan, and Europe; despite the widespread influence caricaturization of people and concepts have on every society around the world. 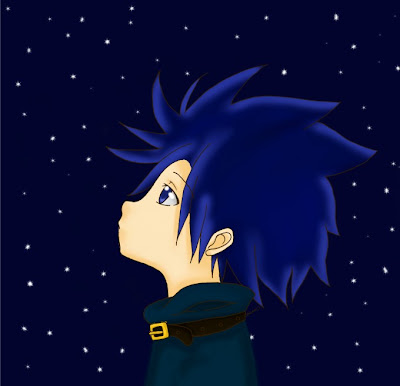 It's not so much what Shenn says in her comics, it's how she depicts thoughtfulness, contemplation, and other highly sought after emotions and experiences - by not saying anything at all.

Had Shenn not said that "You have to look deep down into my characters' eyes to hear what they're saying", I might not have had this revelation about the deeper significance of comics and the rise of this aesthetic in the world.

Whenever a search is conducted on nearly any topic on the Internet, invariably a comic comes up. Depicting what, at first blush, seems like nothing other than a parody or joke about a subject, the fact that there's a comic thrown into the mix indicates the range of concepts comics can convey. What's really coming through the wires here is the world's fondness for iconic images - images skillfully depicted to represent something deeper, something more than that which they appear to be, something more than "just comics". 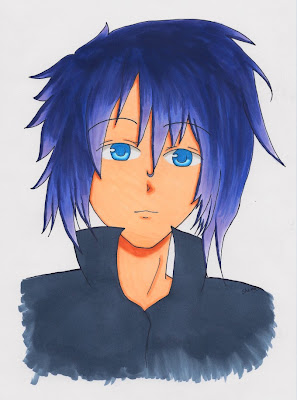 As I skimmed through Shenn's gallery of images (both online and offline), I realized that there was something about her work which offers an almost philosophical meditation on the many thoughts embedded within the human mind, represented by simple lines, shapes and colors. The curvature of the lines... the intensity of the colors... the potency behind the subject's gaze... all contribute to a more sublime as well as contemporary comic-human interaction that sheds more light on the comic as well as on ourselves. 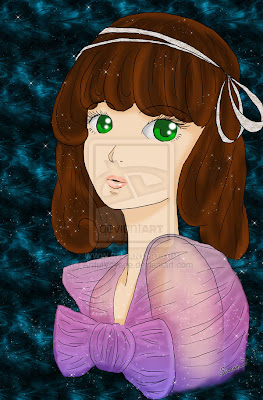 Every morning growing up, I read the comics in the newspaper. When I was 10-years old, my grandmother took me to our local newspaper for a meeting with the Editor in order to show him a comic strip I had been drawing after school and on weekends. No doubt influenced by my grandparents' bomb shelter (built after WWII and actively maintained during the Cold War, i.e., my childhood), I had drawn a comic called The Bomb Family. Each character's body shape was fashioned out of a little bomb: a mom, a dad, a son, a daughter, a grandma, a grandpa, an aunt, an uncle, and loads of cousins making their way through the many adventures of living in a bomb shelter.

According to the Editor that day, had Charles Schultz not just agreed to run a strip in their paper, my own career as a comic artist might have taken off at that very moment. While I was disappointed at the time, the experience obviously stayed with me, an effect of comics most people I speak with admit to sharing.

I'm sure you can imagine how delightful it is for me to return back to the subject of comics from the deeper perspective of my own field of study (philosophy) in order to once again enjoy that which I so  immensely enjoyed and experimented with as a kid.

Leave it to my daughter, a 17-year old school girl to bring me back to one of my favorite subjects. A talented young artist who has undeniably developed certain aesthetic proclivities and understanding that is being translated into material from which philosophers across the globe might consider in terms of its deeper philosophical significance.