The Golden Ratio of Laughter 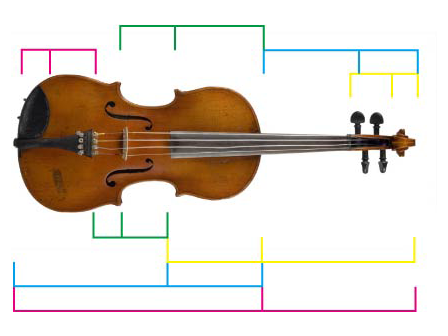 Musical instruments are frequently built based on phi. I wonder...

I wonder if we were to superimpose a typical laugh measured out in the timing of a musical composition, if we'd get a climax at roughly the same phi point (61.8%) of the laugh, as opposed to the middle or end of it. A laugh 32 bars long would reach its peak in the 20th bar.

The Golden Ratio is known as the divine proportion, the golden mean, or the golden section. It is a number encountered when taking the ratios of distances in simple geometric figures such as the pentagon, pentagram, decagon and dodecahedron. It is denoted

. In other words, look at the visual relationships between the two rectangles below:

Golden Ratio patternings have been found in many levels of material reality, from relative counts of different atoms in coordination compounds and metallic alloys (including the famous quasicrystals; think Penrose tiling) all the way to growth regimes and resulting distributions of component parts in plants and animals, up to the orbital resonances of celestial bodies and the distributions of arms in spiral galaxies.
Before I found humor, I fell in love with Fractals! Fractals are what span the gaps between symmetries of the very small and the very large. Fractals exhibit self-similarity (their inner structure has the same pattern as their outer structure) like a pine cone or a fern tree. While fractality describes the geometry of waves of energy or charge, fractals manifest as wave patterns that evolve ad infinitum - like an encoded thread linking larger spirals to infinitely smaller ones.


I'd really love to get into all this MUCH DEEPER, but I realize that's probably not what you clicked on this link for. If I claimed in the title of the post that I have found a link between the Golden Ratio and Laughter, I might as well fess up now nay lose my audience's attention.
Basically, the symmetry of a joke is found in the vital relationship between the joke and the punchline, the anticipation and the release, the incongruity and the surprise. It's in the details, folks. Akin to the little things quantum physicists explore - you know, like quarks, gluons, fermions, bosons and more - but WAY cooler!
Why you ask?
Because a laugh feels good. That's why! Laughter is like sound that dielectrically transmits a field back to itself. A laugh is an energized phase conjugation. Phase conjugation describes nature's ability to organize and correct itself on a global scale. It is implosion perfected by the Golden Ratio, and the path that energie takes from chaos into life. From DNA coherence to color vibration order to Prana, this field is seen everywhere... even in a laugh. 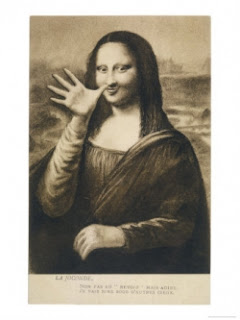