If you're a parent, you've probably heard yourself asking your children some of the most inane questions. Most Generation Xer parents have managed to avoid these traps by quickly returning to what they learned in their EQ (emotional intelligence) classes, but often times, there's this proverbial parent standing there with their arms crossed or firmly placed on their hips ready to jump in with an emotionally draining, long-winded, lecture or diatribe fully rehearsed and ready to roll....
"Why are you acting like such a little kid?"
"I dunno," your 5-year old responds.
. . .
"If your friends posted those pics on their Facebook page, would you do it, too?"
. . .
"Quit frowning or you'll need Botox by the time your 30."
. . .
"Eat your sushi, there's a lot of kids in the world who don't get enough protein in their diet."
. . .

Many parents of younger children today are Generation Xers, so we've heard our share of bad parenting jokes and examples. We've matured in the age of emotional intelligence, and had access to parenting books and a plethora of articles on the subject. Still, there are momentary relapses when you can sputter off a slew of ridiculous, if not asinine, statements in the presence of young humans.
"Who told you that it was okay to watch that television show?"
"You did mom."


"Oh, well, yeah, that's right... but now that I'm seeing it, I think we should reevaluate that prior decision. Perhaps the writer's of the show have made some changes." (A Generation Xer will try to cover up the faux pas by shifting the attention to the show's writers).
"But mom, this is a rerun of the same show we first watched."
. . .
While admittedly we're not asking our kids if they'd jump off a bridge just because their friends do, we still ask our kids some pretty lame sounding questions... 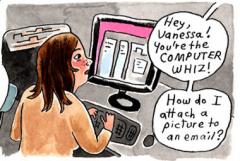 The risk here is that kids today are much more savvy than we were and they're turning our own "lingo" against us. I died laughing at this cartoon because last weekend my son came in and asked me if he could debate a decision I had made. He then proceeded to list off a number of philosophical reasons as to why my logic was faulty. He ended it with, "You wouldn't want to send me contradictory messages, would you, mom?" 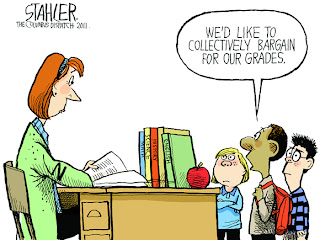 Moral of the story:
Don't EVER let a 12-year old read 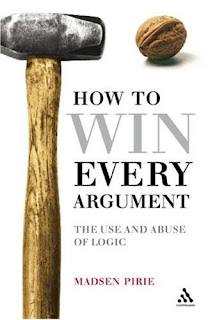