As an artist I have been ruminating on how to go about capturing a moment of romance. In Chagall's The Birthday (pictured above) we see an ever-present aspect of it depicted in art:

Fantasy, as it is depicted in Chagall's painting, is that distinctive faculty we have for imagining things - the product of which one recognizes in a painting, musical composition, or some other sensory-stimulating work of the imagination that involves our dwelling either consciously or subconsciously on the moment.

In Chagall's painting, two lovers are caught in the moment of a surprise kiss. She, moving flowers, perhaps that he delivered, into a vase; he, whipping around to steal a kiss. She is surprised, but her eyes are wide open, brining in the moment in a very personal way. Both are swept off their feet as furniture and objets de art fall upward, in the general direction of the sentiment displayed:

a heart that has been touched soars...

Throughout history, fantasy has taken on different meanings, with themes as different as the ages that cultivated them. In ancient civilizations, fantasy was that superfantastical realm of dragons and spirits in the east ... 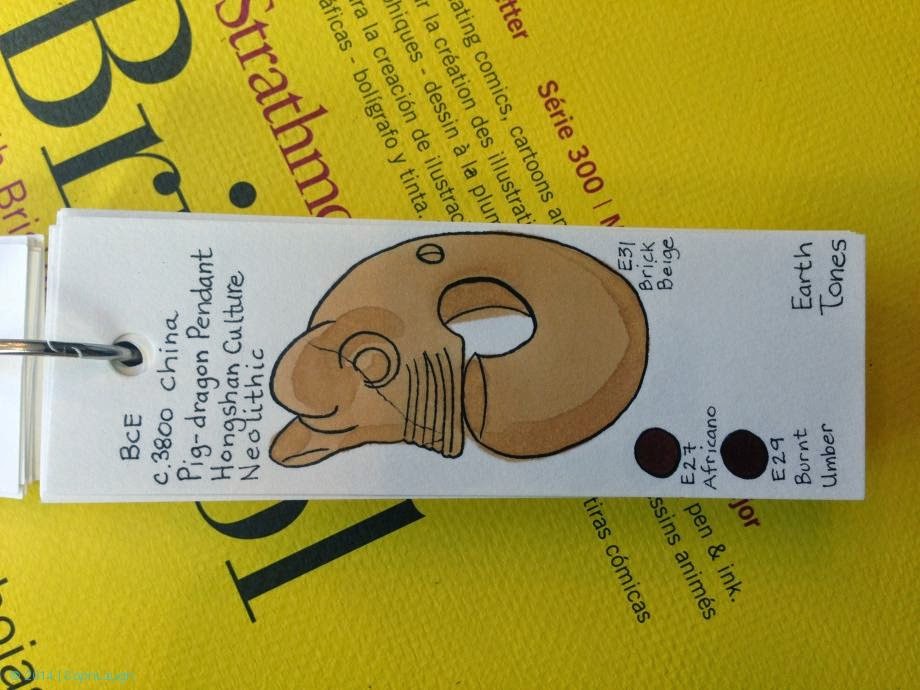 During the Middle Ages, the prevailing fashion for fantasy was for grotesque distortions of human and animal forms. These figures filled the margins of illustrated manuscripts, while their carved equivalents adorned the façades of churches and public buildings.

Sermonizing artists provoked their public with terrifying visions of purgatory. The most imaginative artist in this field was Hieronymus Bosch. 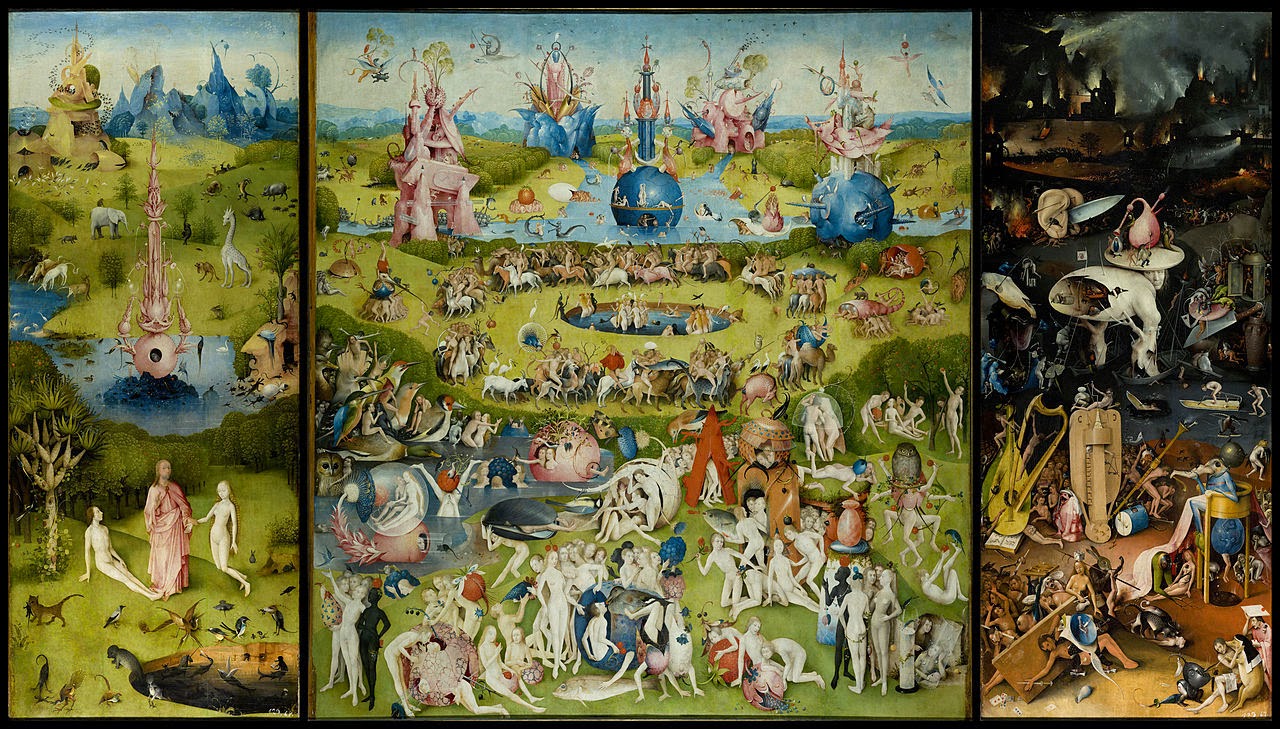 Fantastical images can be expressed utilizing the twisting, flowing, dream-like movements found in Chagall's whimsical paintings or in the hollowed-out eggshell bodies, demons with tree-like limbs, and man-eating birds with long, spiky beaks (Bosch) - or with entirely different imagery. 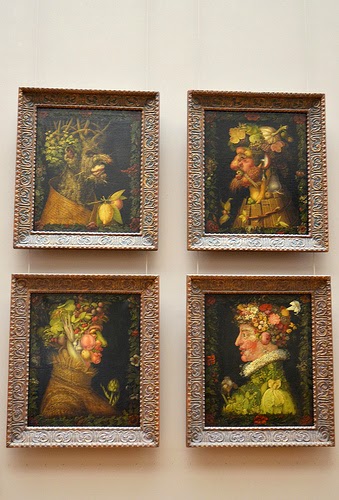 Fortunately, fantasy has not always been linked with terror. Renaissance artist Guiseppe Arcimboldo brought us novelty pictures in which the human head was composed out of an assemblage of fruit, flowers, or vegetables.

Our love of fantasy expresses our fascination with fables and fairies, folklore and myths. Our creation of these artworks or musical scores represents our desire to immerse ourselves in the production of these moments.

To first experience an aspect of it in our own mind and then, afterwards, to produce that image, allows us to whisk others away with visually stunning fantasies we draw upon from our own personal flights of fancy. At the same time, these images are idealistic and romantic.

Love combines the physical combining of separate forces in their moment of ecstasy. Chagall's The Birthday is based on the artist's exploration of dreams and the human psyche that in turn produces an artifact from this experience.

Expressing love in art comes from the desire to creatively produce that which is free from the restraints of reason. In pursuing this aim, painters adopt a variety of personal styles. Some produce images that resemble hallucinations or dreams in which figures or objects are depicted in a startlingly realistic manner, juxtaposed in a way that defies rational analysis; others produce semi-abstract works by deliberating suppressing themselves in their automatic drawings.

Joan Miró is a leading example of this approach.

However one imagines a romantic artwork, the artwork itself must surprise the painter as well as the viewer; if not, it will fail to resemble the workings of the subconscious mind at play.

I have not yet created this piece, but the expression of this highly sought after human sentiment is indeed weaving its way through my subconscious as I diligently work through creating the next 15 or so paintings for this upcoming exhibition.

Creating this many pieces of art (in such a short period of time) requires one to draw heavily upon the subconscious in search for these sentiments ... where they are found is between the artist and his or her canvas ... where they end up depends upon to whom these productions speak most.