The Tragicomedy of Scooby-Doo 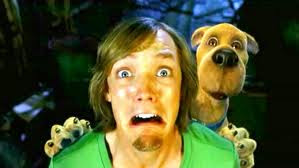 The Tragicomedy of Scooby Doo
Who's S-S-Scared?

Scooby-Doo, the American cartoon mystery series, is quite serious, relying heavily on the resolution of fantasy incongruities, the essence of a child's sense of humor (McGhee, 1979).

In each episode [or movie], Scooby-Doo and Shaggy are mirthful and in a generally lighthearted mood. They laugh, have fun, and remain amused despite whether or not something "funny" happens from the perspectives of their supernatural sleuth companions, Fred Jones, Daphne Blake, and Velma Dinkley.

Each episode features Scooby, Shaggy, Fred, Daphne and Velma, The Mystery Gang, arriving at a location in the "Mystery Machine," where they encounter a ghost, monster, or other supernatural creature that has been terrorizing the local populace while simultaneously threatening to put a long-lost uncle or the entire town into ruin. After looking for clues and suspects, eating Scooby Snacks, and getting chased by the episode's scary monster, the "kids" and their "dog" come to realize that the ghost is actually an elaborate hoax. 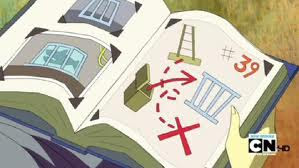 Fred then rigs up a Rube Goldberg-like trap in order to capture the ghost and unmask him, revealing his true identity. 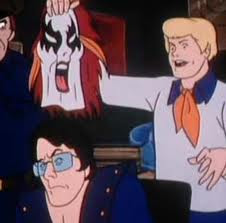 "and I would have gotten away with it, too,
if it hadn't been for you meddling kids and your dog."

Often times, Scooby-Doo is reduced as nothing more than a "cartoon" or "game" and further delimits the show to that which has a hero and villain. Yet, there are others who don't consider every humorous episode as a win/lose-hero/villain-type proposition. If you expand the Scooby-Doo to the meta-level of life as a game - with both heroes and villains - we see that life, like Scooby-Doo, is a series of out-of-sync incongruities. For some, these incongruities can be a cause for pain; for others, a cause for childlike laughter.

This tragicomic view of Scooby-Doo is steeped in humanity's tradition of story-telling paradigms. As such, cartoons or game-playing are artifacts of human communication. 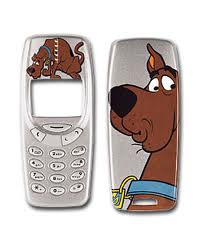 If we consider the classical (Aristotle) definition of tragedy... "Tragedy is an imitation of an action that is serious, complete, and possessing magnitude...in the mode of action; not narrated; and effecting pity and fear [what we call] catharsis of such emotions..."

The criminal acts in Scooby-Doo are based on serious events in society. However, these events, when they occur in Scooby-Doo, inspire the gang to "help out" and "solve the mystery" despite the creepiness of the monster or alien terrorizing everyone. 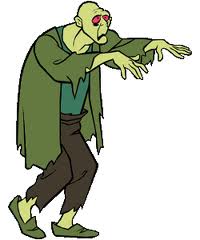 "The imitation of the action is the plot. Tragedy is not an imitation of men but of actions and life. It is in action that happiness and unhappiness are found, and the end which we aim is a kind of activity...It is for the sake of their actions that [agents] take on the characters they have. Thus, what happens - that is, the plot - is the end for which a tragedy exists, and the end or purpose is the most important thing of all... it is whole, [having] a beginning, middle and end." (Aristotle, Poetics). 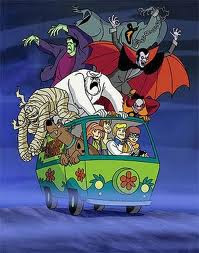 Each episode of Scooby-Doo plays out a criminal act. The focus is not on judging the villain, but rather uncovering the villain's techniques, motives, and actions. As the gang chase clues, they are both frightened [when being chased by the monster] and happy [when they solve the mystery]. Each character in Scooby-Doo - Scooby, Shaggy, Fred, Daphne, and Velma - bring skills and personality to The Mystery Gang, essential qualities needed to solve the mystery. 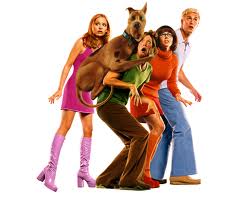 Each episode, consists, therefore, of arriving to a town, encountering a run-amuck supernatural creature bent upon destroying the town, and the steps that must be taken to unmask and understand the situation so that peace and harmony can be restored. The comedy aspect of Scooby-Doo's tragicomedy is found in the reactions, methods, and dynamics between the gang, the local villagers, and the monster / villain that occur while the mystery is being solved.

The Tragicomedy of Scooby-Doo mocks reality. The show makes light of the clues the monsters leave behind. While collecting clues, per se, is not entirely "funny" for Scooby, Shaggy, Fred, Daphne, or Velma, it does bring sudden and deep appreciation for the viewers in what will eventually lead to the moment of truth (the unmasking) while entertaining us along the way.

The tragicomedy of Scooby-Doo has the ability, desire and willingness to sieve through all that tragedy (terrorizing the local villagers), and recognize the little moments of optimism (clues) and hope (Scooby Snacks) that await us in each episode. 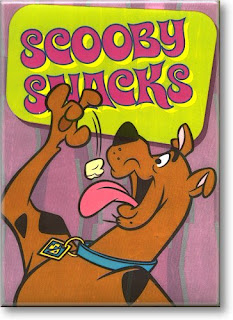 Scooby-Doo is the quintessential cartoon of the human psyche unmasked. Seeing the humor in what local villagers consider quite serious allows us to recognize the critical role that pure subjectivity of the viewer of these events has in society. While nothing outside cartoonland need occur for the cartoon to comically unmask tragedy within ourselves in a way that is both childlike and seriously informative about the pitfalls of greed and revenge, these understandings eventually transfer back into the beliefs we hold as a society.

How anyone who grew-up watching Scooby-Doo could ever be fooled by the masks that criminals wear is beyond me...perhaps they were watching The News instead of a show that aids us in decoding it.