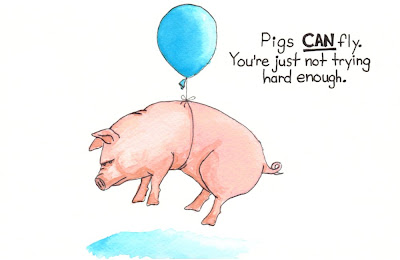 "When pigs fly" is an adynaton - a figure of speech that uses a type of hyperbolic exaggeration for effect as a way of saying that something will never happen. John Steinbeck was reportedly told by his professor that he would be an author. The Pigasus was Steinbeck's personal stamp with the logo "Ad astra per alia porci" (to the stars on the wings of a pig). It was supposed to symbolize Steinbeck as "earthbound but aspiring...A lumbering should but trying to fly...(with)...not enough wingspread but plenty of intention."

Pink Floyd had a flying pig on the cover of their Animals album, and has uses the flying pig as a prop for their concerts. The image rights for the pigs followed Roger Waters when he split from the group. Waters went on to stage the largest rock concert in history, The Wall - Live in Berlin.


Humor opens up a highly conscious shift in being. Tragedy is universally appealing in that it awakens the empathetic experience, however, comedy transcends it. 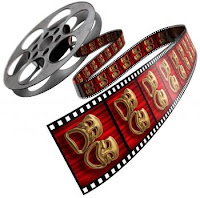 Throughout time, it was thought that only tragedy was worthy of scholarly exploration because only tragedy would manifest itself "by reaching to the very depths of subliminal emotions and bringing them to the surface...allow us - through an emotive identification, empathizing with heroes and heroines - to crystalize our own latent feelings, which are dispersed in various networks of significance playing there a chaotic role, bringing them into focus so that our entire personality may distill their deepest and most essential, experimental material. From a brute sensible moulde they pass through the subliminal work of the creative forge and acquire an aesthetic spread tending toward the sublime." - Anna-Teresa Tymieniecka, Analecta Husserliana, The Yearbook of Phenomenological Research, LVI.

Becoming empathetic means reaching into the deepest part of our being, binding together latent moments of pre-experience that form the foundation of our beingness, and allowing them transcend our tendencies and attitudes from our own personal experience to that of another.
Empathy has been the most recent crystallization of our evolution.
Crystals grow. 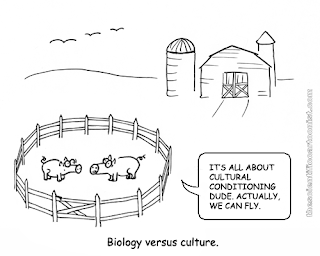 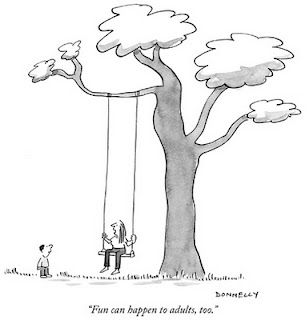